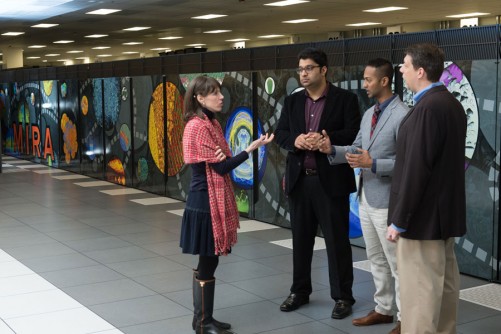 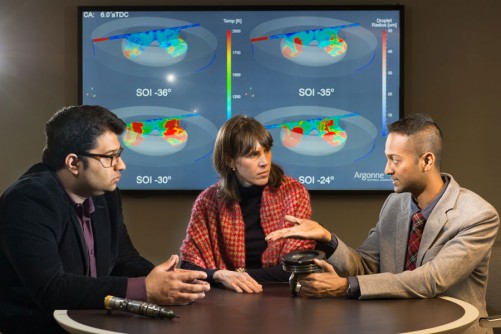 Newswise — Argonne, IL - The search for a truly revolutionary engine design that can make dramatic gains in efficiency requires deep scientific understanding and tools. Lots and lots of tools.

In the past, tools were needed to make prototypes, requiring repeated testing and retrofitting along with a healthy dose of engineer's intuition to determine which ideas held the most promise. In the future, however, the most important tool for designing engines may well be computers, specifically supercomputers that can virtually test and evaluate thousands of designs simultaneously, weeding out the less promising and leaving behind only those with the most potential, thereby greatly reducing development costs.

A team of scientists and engineers with the Virtual Engine Research Institute and Fuels Initiative (VERIFI) at the U.S. Department of Energy's Argonne National Laboratory recently announced that they have taken a major step toward that future. The team has completed development of engineering simulation code and workflows that will allow as many as 10,000 engine simulations to be conducted simultaneously on Argonne's supercomputer, Mira. These simulations are typical "engineering-type" smaller scale simulations, which are used routinely for engine design within industry.

The work was enabled by a recent award of 60 million core hours on Mira — the fifth-fastest supercomputer in the world — located at the Argonne Leadership Computing Facility (ALCF), a DOE Office of Science User Facility.

Presently, engineers exploring new engine designs can do a small number of simulations — perhaps 100 — on cluster computers, which can take weeks to complete. Each change of a variable in an engine design, such as piston bowl or fuel injector configuration, requires a new simulation, and changing multiple variables increases the number of required simulations exponentially, quickly using up the computing power available to industry. At the end of this lengthy simulation process, the engineers have data to select promising designs to go to a prototype hardware build, but only based on a limited number of simulations with a limited number of variables.

"This new computing capability is a quantum leap from what anyone was doing before, and it holds the potential to unlock major breakthroughs in engine efficiency, as well as very substantial cost savings," said Sibendu Som, principal investigator and principal mechanical engineer at Argonne's Center for Transportation Research. "In the past, doing 10,000 simulations was unthinkable. Now we can do that in a matter of days."

While writing code and optimizing workflows might not seem like traditional automotive skills, Som said the coding effort is critical for engineers trying to access the breakthrough capability provided by Mira. The team works with the CONVERGE engine simulation software from Convergent Science, Inc., but it's not as simple as putting CONVERGE on a supercomputing system like Mira and hitting start.

Mira is often used to do a few huge simulations, but the VERIFI team wants it to do large numbers of smaller, engineering-type simulations simultaneously. To get there, they had to optimize the source code of CONVERGE and use an Argonne-developed, high-level programming language known as Swift to manage the massive workflows involved.

This massive simulation capacity has opened up a new capability for industrial partners seeking new advanced engine designs. VERIFI is already working with a major auto manufacturer, a leading company in energy and transportation and a global fuel supplier to put this unique capability to work.

"We're talking about bringing the power of supercomputing to engine design, which will accelerate deployment of new technologies," said Argonne mechanical engineer Janardhan Kodavasal. "You're letting the computer do the heavy lifting. When you can ask a family of questions and get answers in hours, rather than months, you change your approach to asking questions."

The power of supercomputing will not only increase the quality and quantity of simulations while reducing the development costs, it will also broaden the number of vehicle systems that can be simulated at once. The smaller computer systems VERIFI has been working with have forced engineers to focus on finite aspects of engine design, such as fuel injectors or the fluid dynamics of combustion. With this new approach, they can broaden their inquiry to the entire powertrain.

"The modern internal combustion engine is an extremely complex system, so it needs these types of computing resources to do simulations on the scale required to enable real breakthroughs," said Kevin Harms, senior software developer at ALCF. "This is a very exciting area of computer science that could have real-world impacts through greater transportation efficiency and a reduction in harmful emissions."

Funding for the project is provided by DOE's Office of Science and Office of Energy Efficiency & Renewable Energy Vehicle Technologies Office.

Also assisting in the research was Marta García, assistant computational scientist at ALCF. 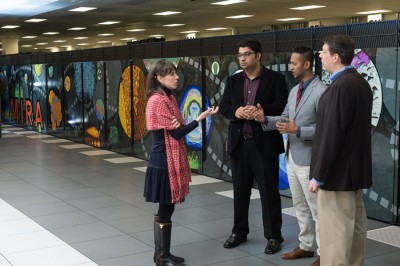 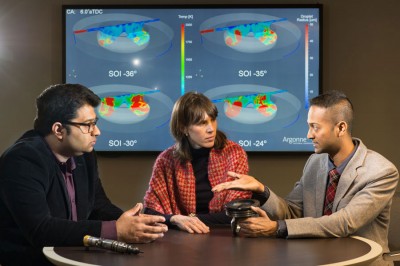