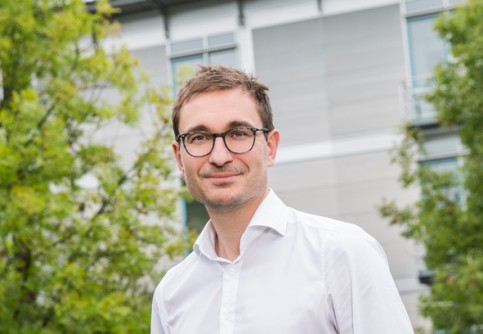 In the November 18, 2016 issue of Science, the Erb lab from the Max-Planck-Institute (MPI) for Terrestrial Microbiology in Marburg, Germany, by tapping the DNA synthesis expertise of the U.S. Department of Energy Joint Genome Institute (DOE JGI), has reverse engineered a biosynthetic pathway for more effective carbon fixation.

Newswise — Despite the vast diversity of organisms on the planet that express enzymes for the conversion of carbon dioxide into such organic compounds as sugars – as plants do through photosynthesis – the efforts to harness these capabilities to transform CO2 into high-value products such as biofuel and renewable chemicals have met with limited success. While increasing concentration of CO2 in the atmosphere poses a challenge, researchers also see it as an opportunity.

Now a team from the Max-Planck-Institute (MPI) for Terrestrial Microbiology in Marburg, Germany, by tapping the DNA synthesis expertise of the U.S. Department of Energy Joint Genome Institute (DOE JGI), has reverse engineered a biosynthetic pathway for more effective carbon fixation. This novel pathway is based on a new CO2-fixing enzyme that is nearly 20 times faster than the most prevalent enzyme in nature responsible for capturing CO2 in plants by using sunlight as energy. The study was published in the November 18, 2016 issue of Science.

“We had seen how efforts to directly assemble synthetic pathways for CO2-fixation in a living organism did not succeed so far,” said Tobias Erb of MPI, who led the study. “So we took a radically different, reductionist approach by assembling synthetic principal components in a bottom-up fashion in a test tube.”

The team started with several theoretical CO2-fixation routes that could result in continuous carbon cycling. But they didn’t stop there. “We did not restrict our design efforts to known enzymes, but considered all reactions that seemed biochemically feasible,” Erb said.

Unlike DNA sequencing, where the language of life is read from the genome of an organism, DNA synthesis entails first the identification of a particular genetic element – such as an enzyme for fixing carbon from the atmosphere – and writing and expressing that code in a new system.

In the end, they sourced, through sequencing and synthesis, 17 different enzymes from 9 different organisms across the three kingdoms of life and orchestrated these parts to achieve a proof of principle CO2-fixation pathway performance that exceeds that which can be found in nature. Erb calls this the “CETCH cycle” for crotonyl-CoA/ethylmalonyl-12 CoA/hydroxybutyryl-CoA. Because it ‘cetches’ CO2 more efficiently from the atmosphere.

By deploying the concept of metabolic “retrosynthesis,” dismantling the reaction step by step all the way back to smaller precursors, the team juggled the thermodynamic conditions and came up with a strategy that yielded more promising results that competed favorably with natural-occurring metabolic pathways. Then they plumbed the depths of the public databases for enzymes that would support their model and selected several dozen to try out.

“We first reconstituted its central CO2-fixation reaction sequence stepwise, providing the ingredients to catalyze all the desired reactions. Then, by following the flux of CO2 we discovered which particular key reaction was rate-limiting.”This turned out to be methylsuccinyl-CoA dehydrogenase (Mcd), part of a family of enzymes involved in respiration ¬– the metabolic reaction in the cells of organisms to convert nutrients like carbon into units of energy.

“To overcome this limitation, we engineered the Mcd to use oxygen as an electron acceptor, to amp up the function, but this was not quite enough,” said Erb. “We had to replace the original pathway design with alternative reaction sequences, used further enzyme engineering to minimize side reactions of promiscuous enzymes, and introduced proofreading enzymes to correct for the formation of dead-end metabolites,” Erb said.

In support of the MPI team’s efforts, the DOE JGI synthesized hundreds of Enoyl-CoA Carboxylase/Reductase (ECR) enzyme variants through its Community Science Program (see below). This enabled the MPI team to zero in on the ECR with the highest CO2-fixation activity to successfully build a more efficient artificial CO2 fixation pathway in a test tube.

“ECRs are supercharged enzymes that are capable of fixing CO2 at the rate of nearly 20 times faster than the most widely prevalent CO2-fixing enzyme in nature, RuBisCo, which carries out the heavy lifting involved in photosynthesis,” Erb said.This chemical process harnesses sunlight to turn carbon dioxide into sugars that cells can use as energy along with other natural processes on the planet and accounts for the transformation of some 350 billion tons of CO2 annually.

Seventy years ago this phenomenon captured the imagination of early Berkeley Lab researcher Melvin Calvin who, along with Andrew Benson and James Bassham, described, in plants, algae and microorganisms, the cycle that now bears their names, and for which Calvin was awarded the Nobel Prize in 1961. This generation of researchers are concerned about how to capture excess carbon dioxide, remove it from the atmosphere and render it into energy and natural products for the economy.

“Now Berkeley Lab through the DOE Joint Genome Institute, has been a major contributor to our understanding of the vast genetic diversity of microorganisms and their roles in the environment, particularly in carbon cycling,” said Yasuo Yoshikuni, the head of the DNA Synthesis Science group at the DOE JGI. “By sequencing underexplored phyla from ecologically important niches, we have homed in on the genes and pathways that we now are able to synthesize in the lab to unravel novel strategies that nature uses for carbon metabolism. Identifying these genes encoding CO2 -fixing enzymes and their biological function, is one of the important missing pieces in the climate puzzle.”

Emboldened by the successful reconstitution of a synthetic enzymatic network in a test tube for the conversion of CO2 into organic products that is superior to chemical processes and competes with favorably with those in nature, Erb said this opens the door for other future applications.

“These could include the introduction of synthetic CO2-fixation cycles into organisms to bolster natural photosynthesis, or say, in combination with photovoltaics, lead the way to artificial photosynthesis, this might at the end jumpstart the design of self-sustaining, completely synthetic carbon metabolism in bacterial and algal systems.”

Yoshikuni looks to a future where DNA sequencing and biological functions further converge leveraging DNA synthesis. “Through DOE JGI’s high-throughput sequencing capabilities coupled with the rapidly decreasing price of DNA synthesis, we continue to enable our user community in bringing to light the physiological potential of microorganisms and microbial communities. In the longer term, we hope to expect to see these test-tube results yield a new generation of real bioproducts delivered to address critical energy and environmental challenges.”

The broader significance of this work is to dramatically illustrate the increased role of “engineering thinking” in biotechnology, as the accelerated characterization of the biological “parts list” emerging from high throughput genome sequencing furnishes greater opportunities to reconstruct by design capacities in living organisms that address DOE mission needs in bioenergy and environment. A video from the Max-Planck Society featuring Tobias Erb discussing this project is available at http://bit.ly/ErbCETCH.

This research was supported by the European Research Council, the Swiss National Science Foundation, ETH Zurich and the Max-Planck Society. DOE JGI is a DOE Office of Science User Facility. 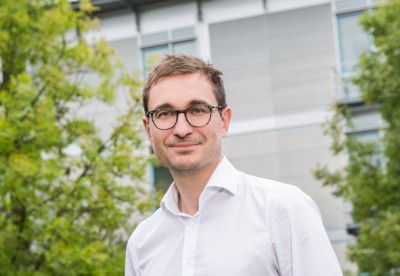 Caption: In the November 18, 2016 issue of Science, the Erb lab from the Max-Planck-Institute (MPI) for Terrestrial Microbiology in Marburg, Germany, by tapping the DNA synthesis expertise of the U.S. Department of Energy Joint Genome Institute (DOE JGI), has reverse engineered a biosynthetic pathway for more effective carbon fixation.