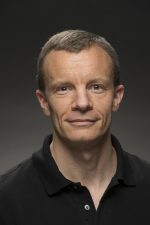 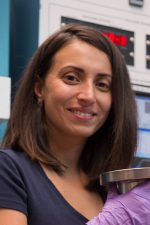 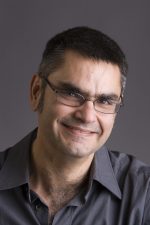 Newswise — The American Physical Society has announced the recipients of the 2020 APS Fellowships. Three Fermilab scientists were selected 2020 APS fellows, a distinction awarded each year to no more than one-half of 1 percent of current APS members by their peers.

Fermilab heartily congratulates the fellows on this prestigious honor.

Kevin Burkett is named an APS fellow by the Division of Particles and Fields for critical work on tracking devices and track reconstruction in hadron collider detectors and for major contributions in Higgs and beyond-the-Standard-Model physics at the CDF and CMS experiments.

Anna Grassellino is named an APS fellow by the Division of Physics of Beams for groundbreaking discoveries in nitrogen doping to increase the quality factor of superconducting radio-frequency cavities and in nitrogen infusion to increase the accelerating gradient.

Panagiotis Spentzouris is named an APS fellow by the Forum on International Physics for achievements in high-energy physics with emphasis on scientific computation for international collaborations and for fostering international partnerships in quantum computing and quantum information science and technology.

Research on neutrinos, accelerator science and technology, and quantum information science at Fermilab is supported by the Department of Energy Office of Science.