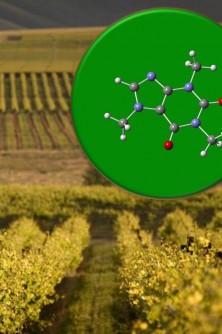 The conference was open to faculty and students at all universities and colleges in the Northwest with an interest in theoretical and computational chemistry.

The organizers ensured that the ~50 participants had plenty of time to discuss their research, ask questions, and learn about their colleagues’ research at the other institutions. Both Schenter and Xantheas reminisce about the time when they -- as early career scientists -- were provided with similar opportunities by Thom Dunning and Bruce Garrett, who were their group leaders at that time. Schenter and Xantheas both aimed to pass this opportunity on to the younger scientists in the Northwest region.

The conference was held October 26 to October 28 at the Environmental Molecular Sciences Laboratory, a U.S. Department of Energy Office of Science user facility located on the Pacific Northwest National Laboratory campus in Richland, Washington. Given the success of the first NWTCC, it was decided to have the next meeting in Pullman, Washington, on Washington State University’s campus, with Professors Aurora Clark and Kirk Peterson being the conference co-chairs.