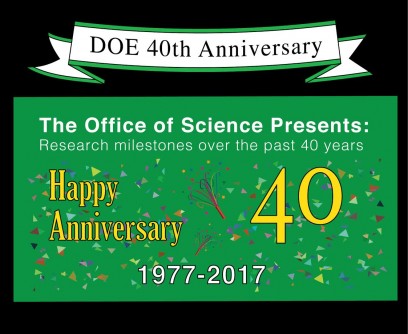 Image courtesy of Office of Science. 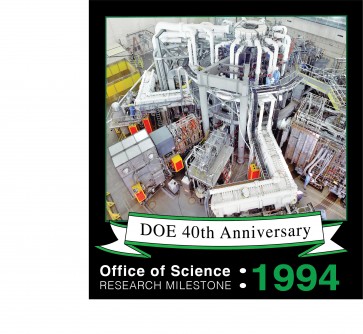 First successful use of high-power mix of deuterium and tritium to produce fusion energy. 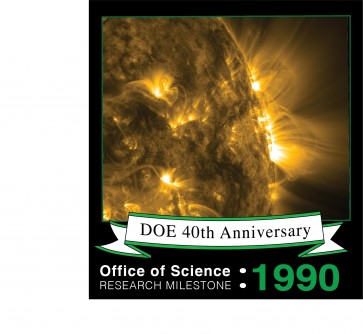 Photo by NASA/Image courtesy of DOE Office of Science.

Discovering how to calm turbulence so plasma can fuel fusion by becoming superhot. 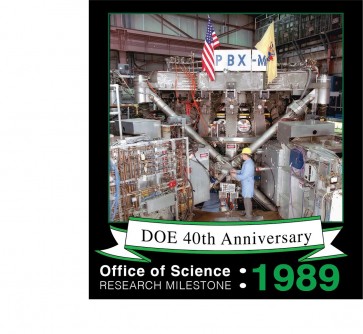 Demonstrating first measurement of the helical magnetic field that confines plasma in a large fusion device. 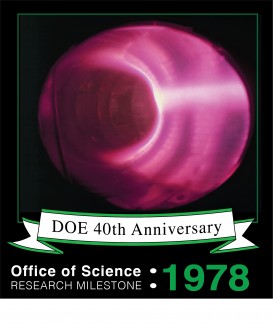 Creating an energy-efficient method for sustaining the current that produces helical magnetic fields.

Newswise — The U.S. Department of Energy’s (DOE) Office of Science, the largest U.S. supporter of basic research in the physical sciences, celebrated the 40th anniversary of its founding in 2017.  To mark the 40th anniversary of Office of Science support for the country’s national laboratories and basic research at universities and private industry, the DOE has compiled 40 milestone papers that represent what the Department calls “a cream-of-the crop selection that has changed the face of science.”

Among the 40 Office of Science milestones: four landmark papers are on breakthroughs in the development of fusion energy. Two are from PPPL, one is from the DIII-D National Fusion Facility with which PPPL collaborates, and one is by Nat Fisch, a PPPL physicist and Princeton University professor, who based the paper on his doctoral dissertation at MIT.

“These papers highlight the substantial progress in fusion energy and plasma physics in the DOE program,” said Michael Zarnstorff, deputy director for research at PPPL. “This research has advanced our fundamental understanding and established the path to make fusion energy a reality.”

Here are the four major papers, which represent 10 percent of the DOE’s “40 Years of Research Milestones,” in reverse chronological order:

1994 – PPPL physicists report the successful first use  of a high-power mix of deuterium and tritium to produce fusion energy on the Tokamak Fusion Test Reactor (TFTR).  Shortly after the paper appeared, the reactor produced an unprecedented 10.7 megawatts of fusion power. The deuterium-tritium mix will serve as fuel for future tokamaks including ITER, the international experiment under construction in France to demonstrate the practicality of fusion power.

1990 – For fusion to take place in tokamaks, researchers must calm the randomly fluctuating turbulence produced by plasma that is far hotter than the core of the sun.At DIII-D, which General Atomics operates for the DOE in California, physicists discover that changing the shearing of the flow in the plasma can break up turbulent eddies that cause heat and particles to leak out. The discovery produced agreement between experiments and key theoretical predictions and allows plasmas to reach the superhot temperatures that fusion requires and that will be crucial for the success of ITER.

1989 – Research conducted on the Princeton Beta Experiment (PBX-M) at PPPL demonstrates how to measure the helical magnetic field that confines the plasma during fusion experiments. The magnetic field is given helical form by current induced in the plasma. Researchers measured the helical angle inside the hot plasma by interpreting the light emitted by atoms injected into the plasma. Today, the technique allows physicists to tailor the magnetic field to maximize fusion performance.

1978 – The current that creates the helical magnetic field in tokamaks must be sustained during experiments. In the early days of tokamaks, the current could only be sustained for short time periods. In his landmark paper, Nat Fisch, drawing on his dissertation as a doctoral student at MIT and overturning the conventional thinking of power dissipation in plasma, suggested an energy-efficient method for maintaining this current using radio frequency waves. Fisch, now a professor in the Princeton University Department of Astrophysical Sciences, is director of graduate studies for the Program in Plasma Physics that brings graduate students to study and work with scientists at PPPL. 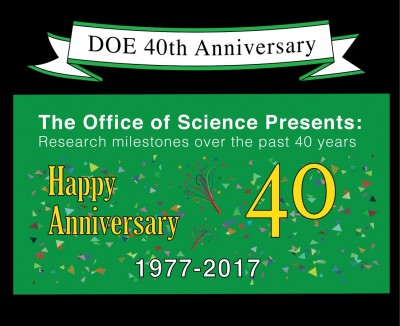 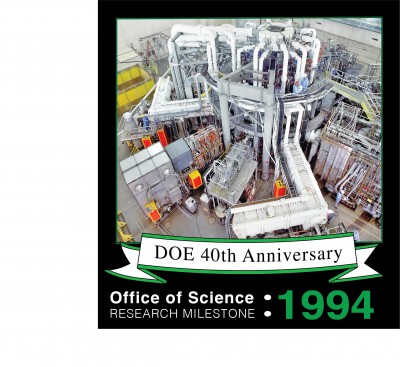 Caption: First successful use of high-power mix of deuterium and tritium to produce fusion energy. 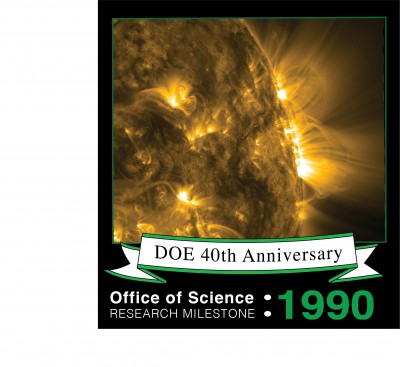 Credit: Photo by NASA/Image courtesy of DOE Office of Science.

Caption: Discovering how to calm turbulence so plasma can fuel fusion by becoming superhot. 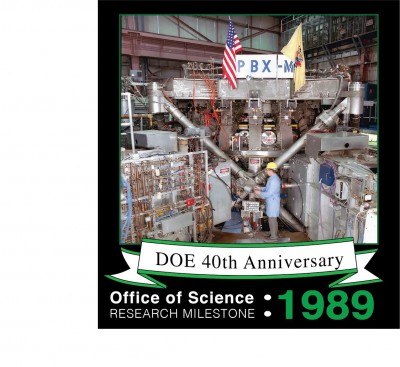 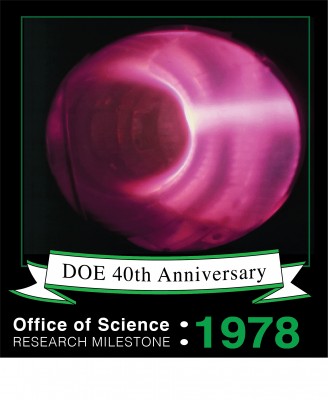