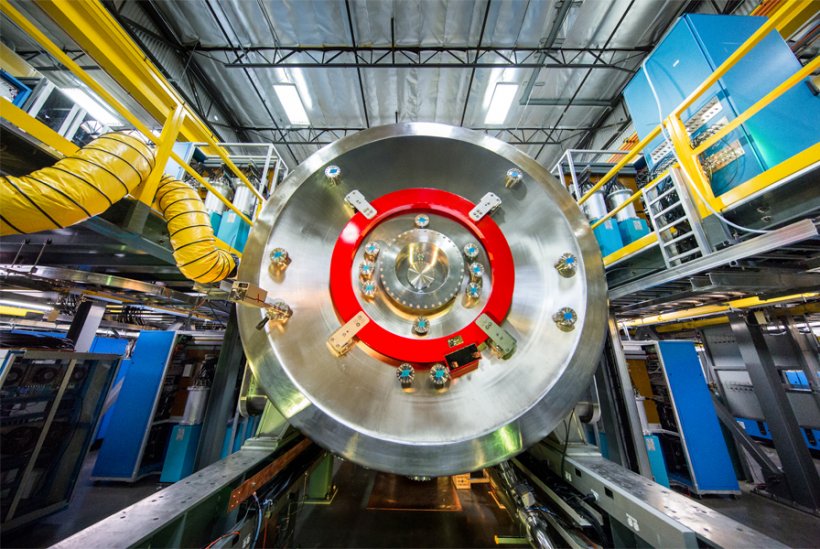 “It’s a venture capital-backed mindset where you want to have many product iterations fail as quickly as you can,” says Sean Dettrick, the company’s director of computational sciences. “If you have a bad concept you want to realize that as quickly as possible and move on to the next concept.”

That attitude has paid off. In 2015, the company achieved its most significant milestone toward sustaining a fusion reaction, maintaining plasma as hot as the sun for 10 milliseconds. That was after 17 years of experiments – fast, given that the first tokamak reactor designed to produce fusion energy began operation in 1958. But production of the thermonuclear fusion energy that powers the sun remains elusive.

The Department of Energy (DOE) has fueled TAE Technologies’ quest in with awards of computer time through the INCITE (Innovative and Novel Computational Impact on Theory and Experiment) program. This year, the company has 750,000 node-hours on Argonne National Laboratory’s Theta supercomputer. That followed a 2018 INCITE award of 500,000 node-hours on Theta, housed at the Argonne Leadership Computing Facility, a DOE Office of Science user facility. Theta helps TAE sift the physical models underlying codes that simulate the vastly different temporal and spatial scales inherent to plasma physics.

The company’s ambitious goal is to generate affordable, abundant, carbon-free energy for everyone with no environmental impact, no harmful byproducts, and no meltdown risk. Aside from energy production, the company also pursues subsidiary technologies that have potential applications to human health and electric vehicles.

The centerpiece of its work is a field-reversed configuration (FRC) device. FRCs differ from conventional tokamak devices, which have been the leading candidates for achieving nuclear fusion.

“We have a program to create a completely simulated FRC in a computer,” says Toshiki Tajima, the Norman Rostoker Chair Professor of Physics and Astronomy at the University of California, Irvine, and TAE’s chief science officer. “That is part of the natural consequence of simulations that have been occurring in Department of Energy labs for a long time.”

Tajima co-authored a 1995 white paper that laid out a numerical tokamak strategy. The effort to create a so-called numerical FRC echoes a national laboratory-university collaboration in the mid-’90s called the Numerical Tokamak Project, which grew out of the white paper.

From an engineering standpoint, all of the company’s experimental devices share a cylindrical design surrounded by powerful circular magnets that generate fields to contain the plasma. This approach makes the devices relatively easy and inexpensive to build. Tokamaks, by comparison, are more complicated donut-shaped reactors. The cylindrical system also offers more convenient power management.

The FRC also is designed to consume environmentally benign proton-boron-11 fuel, and can accommodate multiple fuel cycles. Tokamaks, in contrast, exclusively burn deuterium – so-called heavy hydrogen – and the radioactive isotope tritium. But any fusion device is expensive to build. With INCITE backing, TAE Technologies can develop an accurate, predictive simulation to construct its next experiment virtually before doing it in the laboratory.

“The idea is to save money and time. The codes have to be as accurate as possible, so we end up using quite nice computing resources,” Dettrick says.

The INCITE project is helping TAE Technologies simulate the FRC’s operations at both large and small scales. At large scale, the company’s researchers are devising ways to control the fusion plasma’s global stability and observe how it interacts with potential future control systems such as external magnetic fields and injected neutral beams, which most of TAE’s modern fusion experiments use as one of its heating methods. Another aspect of the project examines how small-scale turbulence abets plasma heat loss.

“We’re interested in confining the heat in the plasma and keeping the temperature as high as possible for as long as possible to allow the nuclear-fusion reactions to occur,” Dettrick says.

TAE Technologies’ fourth-generation machine, C-2U, in 2015 achieved the so-called long-enough fusion-energy milestone of more than 10 million degrees, about the temperature of the sun’s core, for 10 milliseconds. The current experiment is called Norman, named for TAE Technologies’ co-founder Norman Rostoker, who died in 2014. With Norman, “we’re trying to reach the hot-enough milestone,” Dettrick says. “We want to show that we can also raise the temperature of the plasma by a significant amount.”

“We saw in the previous model that the core of the plasma is stable to micro-instabilities, but the outer region can be unstable,” Lau explains. Lau and his colleagues had worked on a model showing results similar to what they’d observed in experiments, but they couldn’t directly compare the two data sets. They then developed a more complicated, larger-scale model that allowed direct comparison – confirming, Lau says, what they saw in the previous model.

Global stability is an important feature of any fusion reactor, allowing a device to stabilize the plasma and hold it in its optimal position. This year’s INCITE award will help TAE Technologies simulate global stability more realistically than ever. The company already has benchmarked its global stability simulation code, verifying the validity of the core physics. Now the task is to introduce the external forces – the magnetic fields and neutral beams – that would serve as the fusion reactor’s control systems.

Dettrick notes “the plan is to use this global stability to simulate those control systems. That’s a big challenge.”

TAE Technologies plans to deploy its knowledge in realms outside of energy production. Neutral beams, which resemble small particle accelerators, are central to the company’s unique fusion configuration. An adapted version of this technology is now under development for its medical subsidiary, TAE Life Sciences.

“Neutral beams are an extremely good source of energetic particles to potentially help with certain types of cancer treatments,” Dettrick says. “You can use a neutral beam, which is very safe and easy to control, to create a localized source of neutrons.”

“We’re bringing to the table a commercially cost-effective way of providing a neutron source, which didn’t exist previously,” Dettrick says.

The Norman experiment’s sophisticated power-delivery system, meanwhile, uses technology that could be applied in the electric mobility space. The experiment, which requires far more power than the grid can supply, has multiple electrical systems with different requirements. It’s powered by hundreds of separately contained but networked energy sources on site. The electricity is then distributed to the experiment as needed via a sophisticated software system.

“The technologies we are developing have significant implications in some of the largest, most complex markets,” Dettrick says.