Getting To Know the Microbes that Drive Climate Change

The genetics of viruses living along a permafrost thaw gradient may help scientists better predict the pace of climate change. 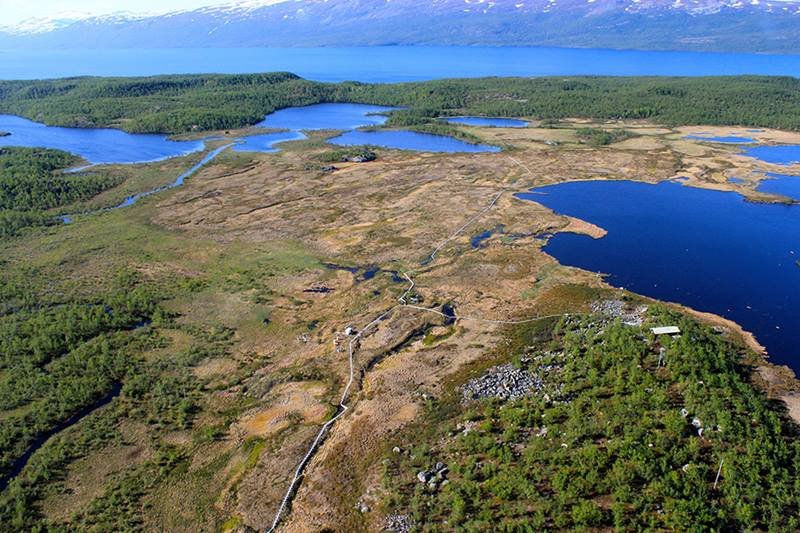 Ocean viruses impact carbon and nutrient cycling and the climate. What impact to do viruses that inhabit the soil have? To answer key questions about soil viruses, a team recovered the genomic sequences from ~2,000 soil viral populations. They also retrieved multiple lines of evidence for viral impacts on carbon cycling in climate-impacted thawing permafrost ecosystems.

Soil viruses have been studied less than their ocean counterparts because of the difficulty in examining them in a complex environment. Some people suggested these viruses were the “least important” factor for structuring soil microbial communities. On the contrary, this work suggests that viruses impact terrestrial ecosystems by directly and indirectly modifying soil microbial food webs. These webs degrade complex carbon to the greenhouse gases carbon dioxide and methane.

Over the last two decades, scientists have learned a great deal about the impacts of ocean viruses on microbial mortality, carbon and nutrient cycling, and climate, yet they know next to nothing about soil viruses. A team led by an ecologist from The Ohio State University sampled and assessed soils for the microbial and viral populations present. They focused on soils from a portion of Sweden in the Arctic Circle where the permafrost is rapidly changing. The approximately 2,000 soil viruses they recovered were so novel that they have doubled the total number of known microbe-infecting viral groups worldwide. More than half of these viruses were active, which was unexpected given soil’s propensity for preservation, and approximately a third were linked to microbial hosts that included key carbon cycling microbes predominant in thawing permafrost soils. This implies viral controls on soil carbon cycling and provides first looks, in any ecosystem, at lineage-specific virus:host ratios and how viral pressures change along a thaw gradient. These observations suggest that viral infection dynamics and impacts on host-driven biogeochemistry will change as permafrost thaws. In addition, the recovery of virus-encoded glycoside hydrolase genes suggests that viruses may directly enable degradation of plant-derived polymers to monomeric and small oligomeric sugars during infection to supply bioavailable carbon sources to greenhouse gas-emitting microbial food webs. These findings suggest that soil viruses, just like their ocean counterparts, impact ecosystem function and in these climate-critical, terrestrial habitats will alter the trajectory of soil carbon cycling under a thaw regime.