Gut Bacteria Found to Have a Shocking Secret 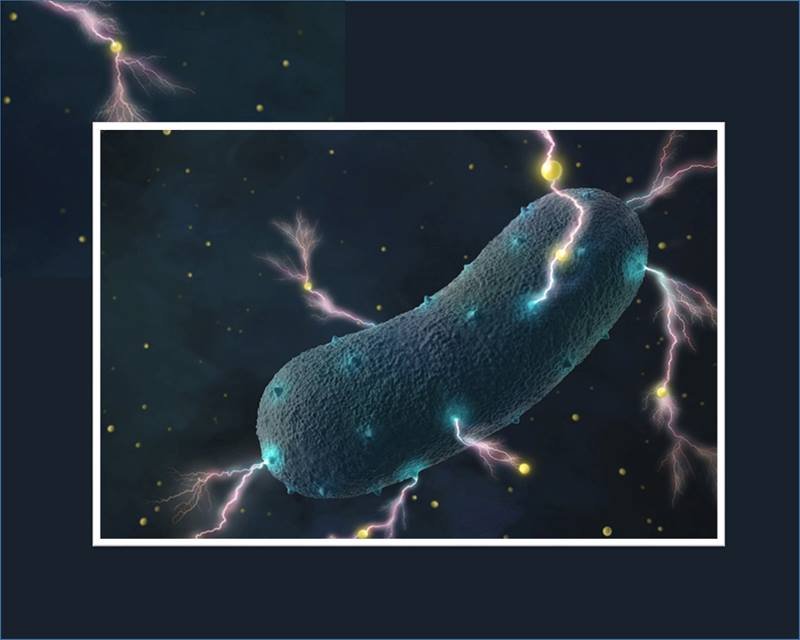 Newswise — Bacteria in the human gut produce electricity. In studying these bacteria, scientists studied how the bacteria transport electrons across their cell wall. The bacteria use a method that’s different from other, known electricity-producing bacteria. They also found that hundreds of other bacterial species use this same process.

This is the first time that a wide range of bacteria has been shown to use an extracellular electron transport process. The bacteria include pathogens and industrially and agriculturally important types. This discovery could create new opportunities for those trying to build batteries from microbes. For example, such batteries could generate electricity from bacteria in waste treatment plants. Further, this research could help determine how these bacteria infect or support a healthy gut.

While scientists have found bacteria that produce electricity in exotic environments like mines and the bottoms of lakes, researchers have missed a source closer to home: the human gut.

Molecular Foundry staff and users discovered that a common, diarrhea-causing bacterium, Listeria monocytogenes, produces electricity using an entirely different technique from known electrogenic bacteria, and that hundreds of other bacterial species use this same process. The discovery will be good news for those currently trying to create living batteries from microbes. Such “green” bioenergetic technologies could, for example, generate electricity from bacteria in waste treatment plants. Many of these sparking bacteria are part of the human gut microbiome. Many, like the bug that causes the food-borne illness listeriosis, which can also cause miscarriages, are pathogenic. The bacteria that cause gangrene (Clostridium perfringens), hospital-acquired infections (Enterococcus faecalis), and some disease-causing streptococcus bacteria also produce electricity. Other electrogenic bacteria, like Lactobacilli, are important in fermenting yogurt, and many are probiotics. Bacteria generate electricity for the same reason we breathe oxygen: to remove electrons produced during metabolism and support energy production. Whereas animals and plants transfer their electrons to oxygen inside the mitochondria of every cell, bacteria in environments with no oxygen—including our gut, but also alcohol and cheese fermentation vats and acidic mines—have to find another electron acceptor. In geologic environments, that has often been a mineral—iron or manganese, for example—outside the cell. In some sense, these bacteria “breathe” iron or manganese.

Transferring electrons out of the cell to a mineral requires a cascade of special chemical reactions, the extracellular electron transfer chain, which carries the electrons as a tiny electrical current. Some scientists have tapped that chain to make a battery: stick an electrode in a flask of these bacteria and you can generate electricity. The newly discovered extracellular electron transfer system is actually simpler than the already known transfer chain; bacteria seem to use the system only when necessary, perhaps when oxygen levels are low. So far, scientists have found this simpler electron transfer chain in bacteria with a single cell wall—microbes classified as Gram-positive bacteria—that live in an environment with lots of flavin, which are derivatives of vitamin B2. Simplicity—it’s easier to transfer electrons through one cell wall rather than through two—and opportunity—taking advantage of ubiquitous flavin molecules to get rid of electrons—appear to have enabled these bacteria to find a way to survive in both oxygen-rich and oxygen-poor environments.

Research reported in this publication was supported by funding from the National Institute of Allergy and Infectious Diseases of the National Institutes of Health (NIH) (S.H.L., D.A.P.), the Office of Naval Research (C.M.A.F.), and the China Scholarship Council (L.S.). A mass spectrometer used in this study was purchased with NIH support. Work at the Molecular Foundry was supported by the Department of Energy, Office of Science, Office of Basic Energy Sciences.