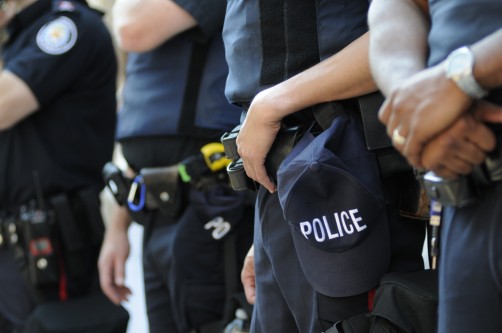 Newswise — Black women with higher incomes are more likely to experience a forceful police interaction during a traffic stop, finds a new study from the Brown School at Washington University in St. Louis.

“We found that the likelihood of exposure to each type of police use of force was significantly greater for black females with incomes over $50,000,” said Robert Motley Jr., doctoral student and co-author of the study “Police Use of Force by Ethnicity, Sex, and Socioeconomic Class,” published Jan. 31 in the Journal of the Society for Social Work and Research.

For black men, the income barometer went the opposite direction: The researchers found that having an income under $20,000 and between $20,000-$49,000 significantly increased their risk for exposure during a street stop of some type of police force: police shouting, cursing or threatening arrest.

The study, co-authored with Sean Joe, the Benjamin E. Youngdahl Professor of Social Development at the Brown School, examines self-reported accounts of exposure to and perceptions of police use of force among black and white ethnic groups by sex and income level.

Motley Jr. and Joe analyzed data from the Bureau of Justice Statistics 2011 Police–Public Contact Survey, a measure administered to a nationally representative sample of U.S. residents. Participants were asked a series of questions about their most recent contact with police during a 12-month period. The analyses were limited to black and white participants whose most recent involuntary contact with police included a street stop.

The study revealed that the association of sex with police use of force varied by income status for both black and white residents.

“This finding supports prior research suggesting that police use of force among black residents, particularly black males, is a phenomenon primarily expressed in predominantly black low-income urban communities,” said Motley Jr., lab manager for Joe’s Race and Opportunity Lab in the Center for Social Development.

But for black women, the data went in a different direction: the higher the income, the significantly greater the risk.

“This suggests that income may be more of a determinant for exposure to police use of force for this group,” he said.

For white residents, being male, having an income under $20,000, or being age 35 or older significantly increased the risk for exposure to police use of force during a street stop.

Journal of the Society for Social Work and Research