How Argonne Research Is Illuminating How Energy Costs Vary Nationwide 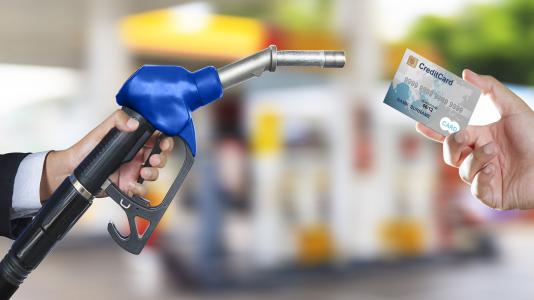 Costs to fuel up at the gas station hit some Americans harder than others. Analysis from Argonne shows more fuel-efficient vehicles can ease the burden.

Newswise — Costs for energy are borne unequally across the U.S. population. Argonne research is providing key data that can help inform decisions about which technologies can reduce disparities.

Every U.S. household has at least one or two regular bills for energy, such as the monthly electric bill or spending for gasoline. But energy costs hit some Americans harder than others. One measure of the difference is energy burden, which is the share of total income spent on energy.

A recent study from the U.S. Department of Energy’s (DOE) Argonne National Laboratory illuminates another type of energy burden: transportation costs, a complex but important factor in most Americans’ household budgets. On average each year, U.S. households spend as much — and in some regions, more — at the gas pump as they do for household electricity and gas bills combined.

“A rich household spending the average value of $2,000 per year on vehicle fuel is much less burdened by this cost than a lower-income household spending the same amount,” said Yan (Joann) Zhou, an Argonne researcher who co-authored the report with colleagues Spencer Aeschliman and David Gohlke. Their work has been supported by DOE’s Office of Energy Efficiency and Renewable Energy.

In households with a high energy burden, fuel costs might amount to much less than that, but the total might represent a bigger share of income. Data from the U.S. Bureau of Labor Statistics compiled by Oak Ridge National Laboratory shows that on average, fuel costs amount to 3.3% of total income. Argonne’s study found this share can reach as high as 23.3% for some communities.

Why so much variation in fuel costs? Fuel prices, along with how much people are driving, play a role. But the biggest contributing factor to a household’s fuel costs, according to the Argonne analysis, is vehicle fuel economy. Any driver’s gasoline bills depend significantly on how far they can get with that fuel — and wealthier households were found to enjoy better fuel economy in their cars. Improving fuel efficiency nationwide by just 3% from 2016 to 2018 would save drivers $8.2 billion in transportation energy costs, the researchers concluded.

The Argonne study offers an exceptionally detailed and rigorous view of Americans’ fuel spending as it relates to income, quantifying the energy burden for over 74,000 Census tracts, which are areas geographically defined by the Census Bureau.

The researchers combined these miles-traveled estimates with high-fidelity regional data on fuel prices, average on-road vehicle fuel economy based on vehicle registrations and household income to identify the areas with the highest energy burden for transportation fuel.

“Our findings for affordability apply to households nationwide,” said Gohlke. ​“We find high transportation energy burden in rural communities with long commutes using less efficient vehicles. We also see it in urban communities with high fuel prices and low incomes.” The three states with the highest burden were South Dakota, Mississippi and California, he added. On the other end of the spectrum, Washington, D.C., and the state of New York have the lowest average burden, with higher shares of efficient vehicles and lower-than-average driving distances.

The study provides an important baseline to evaluate transportation energy burden going forward. Future research, Zhou added, could use the analysis framework to evaluate the impact of different strategies for promoting clean vehicle adoption on household energy burden. It could also look at transportation costs beyond fuel, such as vehicle purchase price and maintenance costs.

“In order to evaluate a transportation technology’s impact on household costs tomorrow, we need to understand what’s happening today,” Zhou said. ​“This study provides a jumping-off point to explore the impact of changes in vehicle technology and identify who is most affected.”