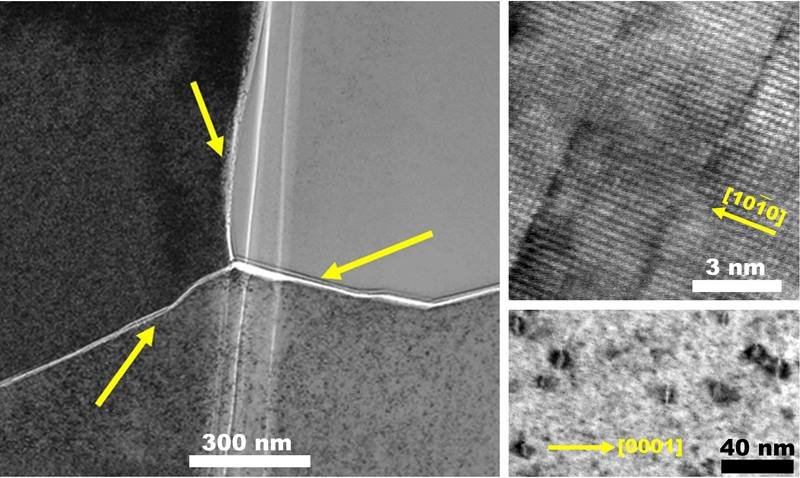 Future fusion reactors will require materials that can withstand extreme operating conditions, including being bombarded by high-energy neutrons at high temperatures. Scientists recently irradiated titanium diboride (TiB2) in the High Flux Isotope Reactor (HFIR) to better understand the effects of fusion neutrons on performance. TiB2 is a novel ceramic material with a melting point above 3000 degrees Celsius and excellent physical and mechanical properties. But scientists knew little about how it would react in conditions inside fusion reactors. The project used TiB2, enriched with boron-11, in order to reduce helium production by boron-10 and better understand the effects of fusion reactor conditions.

Scientists are studying TiB2 for use in extreme environments. These environments include high temperatures and extreme heat fluxes, such as in aerospace applications. Some fusion reactor components must also survive similar extreme environments. They also need to withstand bombardment from neutrons and changes from nuclear reactions. How a material responds to neutron irradiation is key to determining its potential for fusion applications. To understand its response, scientists must accurately simulate the fusion environment. Controlling the amount of boron-10 significantly improved the material’s resistance to irradiation. This work highlights the potential for using this type of ceramic material in future fusion reactors.

Energetic neutron bombardment significantly degrades conventional borides, including titanium diboride, by causing lattice displacement damage and by accumulating helium generated from the nuclear transmutation of boron-10. This is a major concern since it can induce high temperature embrittlement and early cavity swelling. These issues have historically forced nuclear engineers to exclude materials containing boron from reactor applications, except for reactivity control applications. To minimize the helium issue, scientists conducted a first-of-a-kind irradiation experiment on isotopically tailored TiB2 fabricated using boron-11 to replace natural boron containing ~20 percent boron-10. This resulted in a significant improvement in the material’s irradiation stability and also identified key irradiation damage microstructural degradation processes. Post-irradiation microstructural examination revealed moderate grain-boundary microcracking at the low irradiation temperatures. This response contrasts to the reported macroscopic cracking in TiB2 fabricated from natural boron. Conventional and high-resolution scanning transmission electron microscopy of the atomic defect clusters showed anisotropic distortion of the hexagonal lattice structure. This distortion was due to the preferential accumulation of interstitial-type defects on the prismatic planes that caused the microcracking.

The study was supported by the US DOE Office of Fusion Energy Sciences under contract DE‐AC05‐00OR22725, and by IMR Tohoku University under contract NFE‐13‐04416 with UT‐Battelle, LLC. A portion of this research used resources at the HFIR, a DOE Office of Science User Facility operated by ORNL.