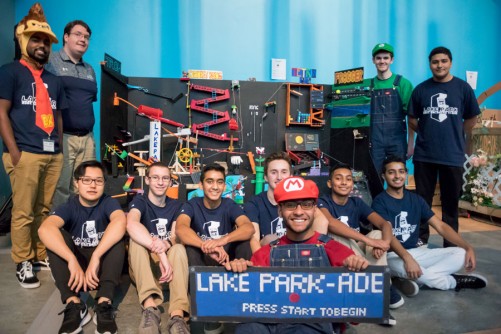 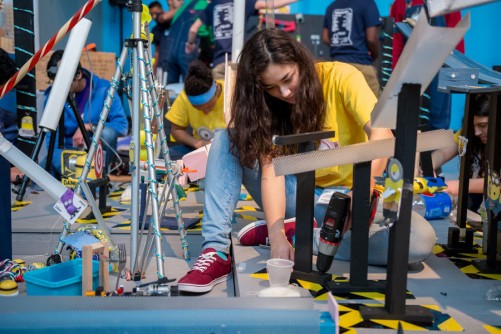 A student from Hoffman Estates High School begins the day by bolting machine parts to the floor for the Rube Goldberg Machine Contest. 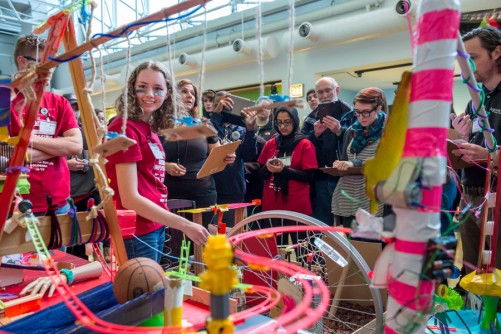 A student from Glenbard South High School provides a narrative of the ball’s journey through the machine as onlookers and judges watch at the Rube Goldberg Machine Contest.

“That end number wasn’t the goal,” said James Kryger, a physics teacher at Lake Park High School. “They wanted to have all these different video games and in the end, 75 became the necessary number of steps for them create the vision they had laid out for themselves.”

Months ahead of the competition, student teams meet in small groups after school or on weekends to discuss machine design and construction. Once the work begins, however, it becomes clear that this isn’t the type of competition where you can look in the back of a book to find the answer.

In this competition, student teams are continuously challenged to create their own solutions that may or may not lead them to their goal.

“They’re used to sitting down and cranking through problems where you always get a correct solution,” said Kryger. “This competition really helps them to begin to see how complex the world really is by seeking to solve something that doesn’t have a right answer.”

By winning Argonne's contest, the Lake Park team advances to the National High School Rube Goldberg Machine Contest Finals held at the Center of Science and Industry in Columbus, Ohio later this month.

Argonne's Division of Communications and Public Affairs sponsored the February 24th event in collaboration with Chicago Children’s Museum and the National Rube Goldberg Machine Contest. The event is licensed by Rube Goldberg, Inc. 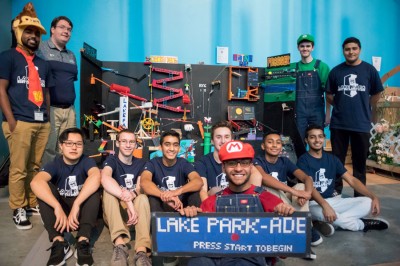 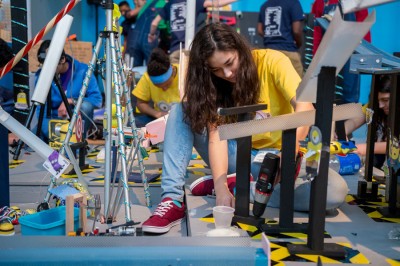 Caption: A student from Hoffman Estates High School begins the day by bolting machine parts to the floor for the Rube Goldberg Machine Contest. 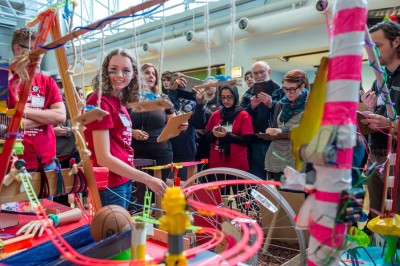 Caption: A student from Glenbard South High School provides a narrative of the ball’s journey through the machine as onlookers and judges watch at the Rube Goldberg Machine Contest.