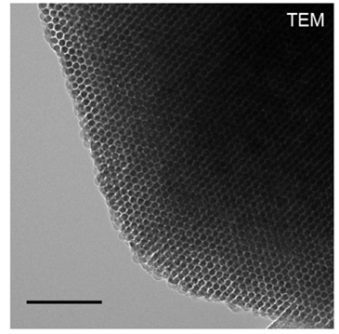 A transmission electron microscope image taken at Argonne shows the honeycomb structure of the silicon nanowires. 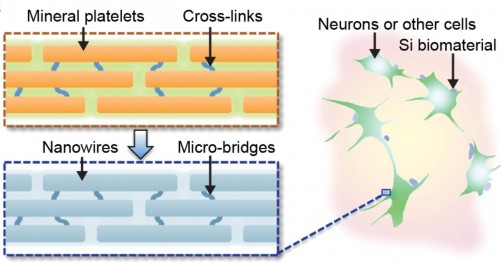 The silicon particles are made up of a series of nanowires connected by thin bridges, which allows for high flexibility and porosity. 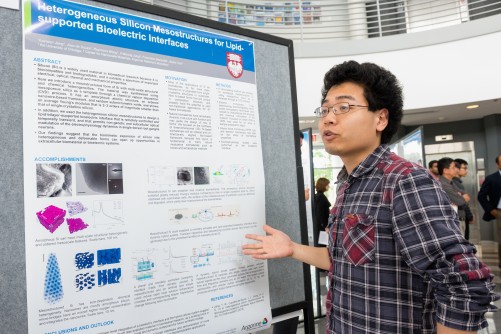 Newswise — A team of researchers from the University of Chicago, Northwestern University, the University of Illinois at Chicago and the U.S. Department of Energy’s (DOE) Argonne National Laboratory have engineered silicon particles one-fiftieth the width of a human hair, which could lead to “biointerface” systems designed to make nerve cells fire and heart cells beat.

Bozhi Tian, who led one of the University of Chicago research groups, said the particles can establish unique biointerfaces on cell membranes, because they are deformable but can still yield a local electrical effect.

“Biological systems are soft, and if you want to design a device that can target those tissues or organs, you should match their mechanical interface as well,” Tian said. “Most of the current implants are rigid, and that’s one of the reasons they can cause inflammation.”

Over time biointerfaces made out of these particles will also degrade, unlike alternative materials like gold and carbon, said study co-author Yuanwen Jiang, a graduate student in the Tian group. This means that for future applications patients wouldn’t have to undergo a second procedure to have the particles removed.

Jiang and Tian said they believe the material has many potential applications in biomedicine, because the particles and light can be used to excite many types of cells.

The mesostructured silicon, named for its complex internal structures of nanoscopic wires, was created using a process called nano-casting.

To make the particles, each between one and five micrometers in size, researchers filled the beehive structure of synthetic silicon dioxide with semiconductive silicon the same way a blacksmith would pour molten metal into a cast iron mold. The outer mold was then etched away with acid, leaving behind a bundle of wires connected by thin bridges.

In order to test whether the particles could change the behavior of cells, the team injected a sample onto cultured rat dorsal root ganglia neurons, which are found in the peripheral nervous system.

The team was able to activate the neurons using pulses of light to heat up the silicon particles, causing current to flow through the cells.

In conventional biointerfaces, materials must be hooked up to a source of energy, but because researchers need only apply light to use the silicon particles, the new system is entirely wireless. Researchers can simply inject the particles in the right area and activate them through the skin.

“Neuromodulation could take full advantage of this material, including its optical, mechanical and thermal properties,” Jiang said.

Along with the implications that controlling neurons might have with neurodegenerative disorders, researchers in Tian’s lab have used similar materials to control the beating of heart cells, he said.

The paper’s authors used resources from the Argonne X-ray Science and Chemical Sciences and Engineering Divisions and the Center for Nanoscale Materials, a DOE Office of Science User Facility.

Researchers used the 12-ID-B and 32-ID beamlines at the Advanced Photon Source, also a DOE Office of Science User Facility, to take X-ray scattering measurements, as well as transmission X-ray microscopy nano-computed tomography of the samples, scanning electron microscopy and transmission electron microscopy. The Center for Nanoscale Materials provided focused ion beam lithography instrument and expertise as well as tools for fabrication of the optical masks. 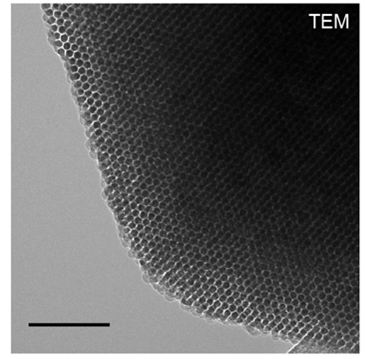 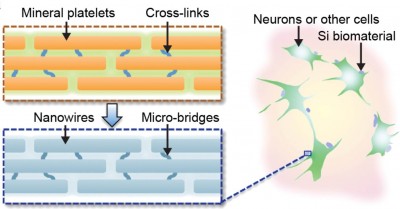 Caption: The silicon particles are made up of a series of nanowires connected by thin bridges, which allows for high flexibility and porosity. 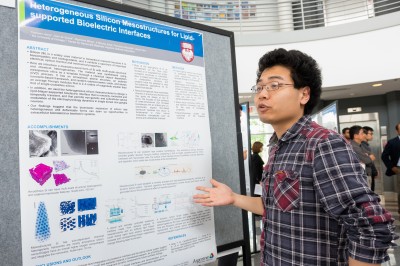