A new platform melding microfluidics and robotics allows more in-depth bioanalysis with fewer cells than ever before. 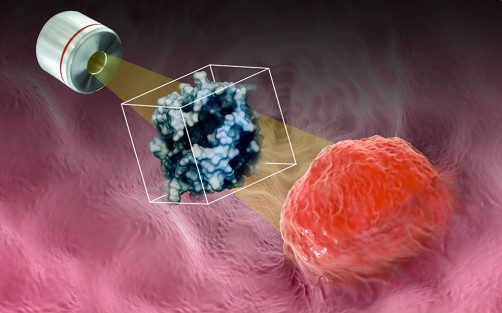 Fusing microfluidics and robotics, scientists have developed a new sampling platform that is providing never-before-possible insights into proteins in human, animal, and plant cells.

When working to unlock a cell’s secrets, collecting and delivering the samples for analysis was a path of loss. Each transfer resulted in fewer cells to study. Detailed analysis of proteins, a vital part of how cells work, has only been possible with samples of thousands to millions of cells. Now scientists have developed a robotically controlled processing platform that dramatically enhances the analysis while reducing the number of cells needed by more than two orders of magnitude.

The robotically controlled processing platform is nanoPOTS (Nanodroplet Processing in One Pot for Trace Samples). It enables scientists to identify more than 3,000 proteins from as few as 10 cells. Previously, scientists would have needed thousands of cells. This analysis power could help identify new sources of clean energy. It could unlock secrets to keeping agriculture healthy during droughts. Finally, it could pinpoint disease markers for diabetes and cancer.

Scientists at EMSL, the Environmental Molecular Sciences Laboratory, developed the nanoPOTS platform to minimize sample losses and expand the science of bioanalysis. Until nanoPOTS, the process of collecting samples and delivering them for analysis was a path of losses. A portion of the sample stuck to each of the vials required to mix the sample with processing reagents and to the tubes that carried the prepared sample from vial to vial and the analysis instrument. Because of these losses, analysis required starting with thousands of cells and information was then lost on how the cells were organized in the biological system. The result was a severe limitation on using the measurements to solve energy, environmental, and health problems. The new nanoPOTS platform uses patterned glass slides with “nanowells,” allowing all sample processing to be performed robotically in a droplet smaller than one 10,000th of a teaspoon. This 99.5 percent reduction in the surface area of the nanowells (compared to a centrifuge tube) results in minimal sample loss and allows analysis in as little as a single cell to yield specific results. In the study reported in Nature Communications, scientists harnessed nanoPOTS using an ultrasensitive Orbitrap mass spectrometer at EMSL, a Department of Energy Office of Science user facility, and worked with the University of Florida to identify how proteins differed between a healthy human pancreas and one from a person with diabetes. The team’s ability to identify approximately 2,400 proteins from a single slice of tissue illustrates nanoPOTS’ ability to be used for clinical applications as well as other scientific studies.