Peering into the Mist: How Water Vapor Changes Metal at the Atomic Level 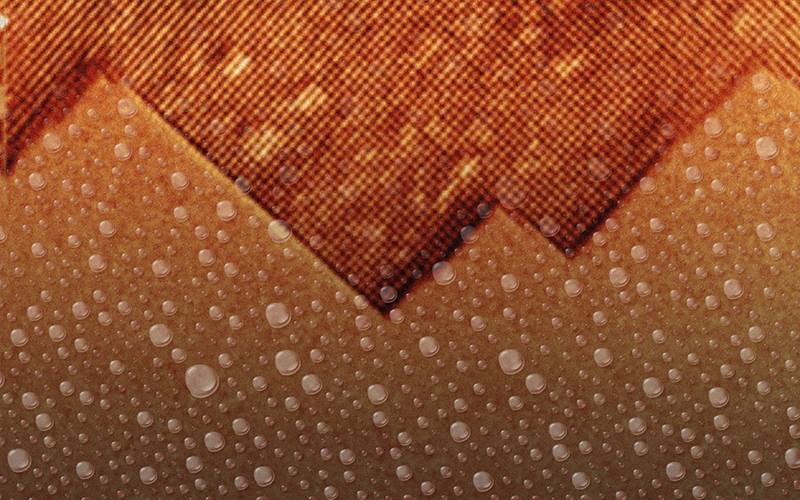 An international research team peered deep into the atomic-level workings of water vapor on a nickel-chromium alloy to provide new insights that could help prevent metal corrosion.

Engineers have long known water vapor can accelerate corrosion of metals and alloys, but the exact mechanisms remain elusive. Because it was elusive, it was difficult to prevent. Now, an international team of scientists has peered into the atomic-level workings of water vapor corrosion. Their work reveals how the involvement of protons speeds the corrosion process.

Scientists studied the effect of water vapor and elevated temperatures on a nickel-chromium alloy. They directly observed oxide growth on the alloy during corrosion at the atomic level. What they discovered was a complex dance of protons, cations, and anions that led to increased corrosion and a more porous structure of the oxide. They then modeled the process through computer simulations that revealed the role of hydrogen in stabilizing the observed structures. Their work provides insights into how water vapor might change other materials, particularly at elevated temperatures. The research team was from Pacific Northwest National Laboratory, Chinese Academy of Sciences, and State University of New York at Binghamton. They used an environmental transmission electron microscope, located at EMSL, the Environmental Molecular Sciences Laboratory, an Office of Science user facility.

This work was supported by the Department of Energy’s Office of Science, Basic Energy Sciences, Materials Sciences and Engineering Division. Research was conducted at the Environmental Molecular Sciences Laboratory, a DOE Office of Science user facility.