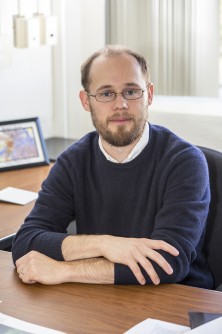 Newswise — Lasers that generate plasma can provide insight into bursts of subatomic particles that occur in deep space, scientists have found. Such findings could help scientists understand cosmic rays, solar flares and solar eruptions — emissions from the sun that can disrupt cell phone service and knock out power grids on Earth.

Physicists have long observed that particles like electrons and atomic nuclei can accelerate to extremely high speeds in space. Researchers believe that processes associated with plasma, the hot fourth state of matter in which electrons have separated from atomic nuclei, might be responsible. Some models theorize that magnetic reconnection, which takes place when the magnetic field lines in plasma snap apart and reconnect, releasing large amounts of energy, might cause the acceleration.

Addressing this issue, a team of researchers led by Will Fox, physicist at the U.S. Department of Energy’s (DOE) Princeton Plasma Physics Laboratory (PPPL), recently used lasers to create conditions that mimic astrophysical behavior. The laboratory technique enables the study of outer-space-like plasma in a controlled and reproducible environment. “We want to reproduce the process in miniature to conduct these tests,” said Fox, lead author of the research published in the journal Physics of Plasmas.

The team used a simulation program called Plasma Simulation Code (PSC) that tracks plasma particles in a virtual environment, where they are acted on by simulated magnetic and electric fields. The code originated in Germany and was further developed by Fox and colleagues at the University of New Hampshire before he joined PPPL. Researchers conducted the simulations on the Titan supercomputer at the Oak Ridge Leadership Computing Facility, a DOE Office of Science User Facility, at Oak Ridge National Laboratory, through the DOE’s Innovative and Novel Computational Impact on Theory and Experiment (INCITE) program.

The simulations build on research by Fox and other scientists establishing that laser-created plasmas can facilitate the study of acceleration processes. In the new simulations, such plasmas bubble outward and crash into each other, triggering magnetic reconnection. These simulations also suggest two kinds of processes that transfer energy from the reconnection event to particles.

During one process, known as Fermi acceleration, particles gain energy as they bounce back and forth between the outer edges of two converging plasma bubbles. In another process called X-line acceleration, the energy transfers to particles as they interact with the electric fields that arise during reconnection.

Fox and the team now plan to conduct physical experiments that replicate conditions in the simulations using both the OMEGA laser facility at the University of Rochester’s Laboratory for Laser Energetics and the National Ignition Facility at the DOE’s Lawrence Livermore National Laboratory. “We’re trying to see if we can get particle acceleration and observe the energized particles experimentally,” Fox said.

Collaborating with Fox on the research reported in Physics of Plasmas were physicists at PPPL, Princeton University, and the University of Michigan. Funding came from the DOE’s Office of Science (Fusion Energy Sciences and the National Nuclear Security Administration).