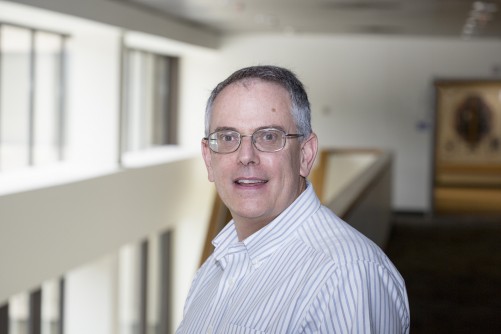 "Chuck has long been a widely recognized pioneer in developing advanced tokamak operating scenarios that have served as the basis for several machine design concepts," said Michael Williams, associate director for engineering and infrastructure at PPPL and a past recipient of the honor. "Receiving the 2015 Fusion Technology Award duly recognizes Chuck's outstanding contributions to the development of fusion technology."

Presentation of the award came during the 2015 Symposium on Fusion Engineering (SOFE) that was held in June in Austin, Texas. The annual event focuses on the latest developments in the quest for fusion energy. While at the conference Kessel gave a plenary talk about the Fusion Nuclear Science Facility (FNSF), a proposed next step in the U.S. fusion program. Kessel heads a nationwide study that will detail options for the FNSF and consider its role in relation to ITER, the international experiment under construction in France to demonstrate the feasibility of fusion power.

Kessel joined PPPL in 1987 after earning bachelor's degrees in physics and nuclear engineering from the University of California-Santa Barbara, and a Ph.D. in fusion engineering and applied plasma physics from UCLA. He initially performed both neutronics – the study of neutrons that emerge from plasmas – and plasma control calculations for the design of the Burning Plasma Experiment (BPX), a fusion facility that was targeted to produce about 100-500 megawatts of fusion power, which at a minimum would equal the heating power but was hoped to exceed it. This design was a compact high magnetic field configuration tokamak and was never built. He soon transitioned to plasma physics research, simulating how plasmas evolve in fusion facilities, among other projects. He has helped design South Korea's Korea Superconducting Tokamak Advanced Research (KSTAR) device, ran simulations for Germany's Axial Symmetric Divertor Experiment (ASDEX), and has been a consultant on the design for ITER. He also is a part of a PPPL team working on the pre-conceptual design of South Korea's K-DEMO, a proposed device that could serve as the forerunner of a commercial fusion power plant.

"What intrigues me about working on fusion projects is learning about a new device and what it must achieve," Kessel said. "This usually becomes the starting point for learning new physics, understanding how systems work and interact, and creating solutions that remain within the constraints that are imposed. The integrated solution is always more interesting to me than a solution that addresses only one issue and ignores the other 10."

His comprehensive approach is widely appreciated. "Kessel's work has always been at the intersection of plasma research and technology," said Richard Hawryluk, the head of the ITER and Tokamaks Department at PPPL. "His winning the Fusion Technology Award is especially appropriate since the development of fusion power systems will require individuals with a keen understanding of both the technological implications and the underlying physics. Chuck thrives in this intersection of science and technology."

Kessel's 2015 Fusion Technology Award continues a tradition of recognition for PPPL engineers for extraordinary achievement. Philip Heitzenroeder won the IEEE honor in 2013 and Williams received it in 1993.