PPPL is recognized for being green 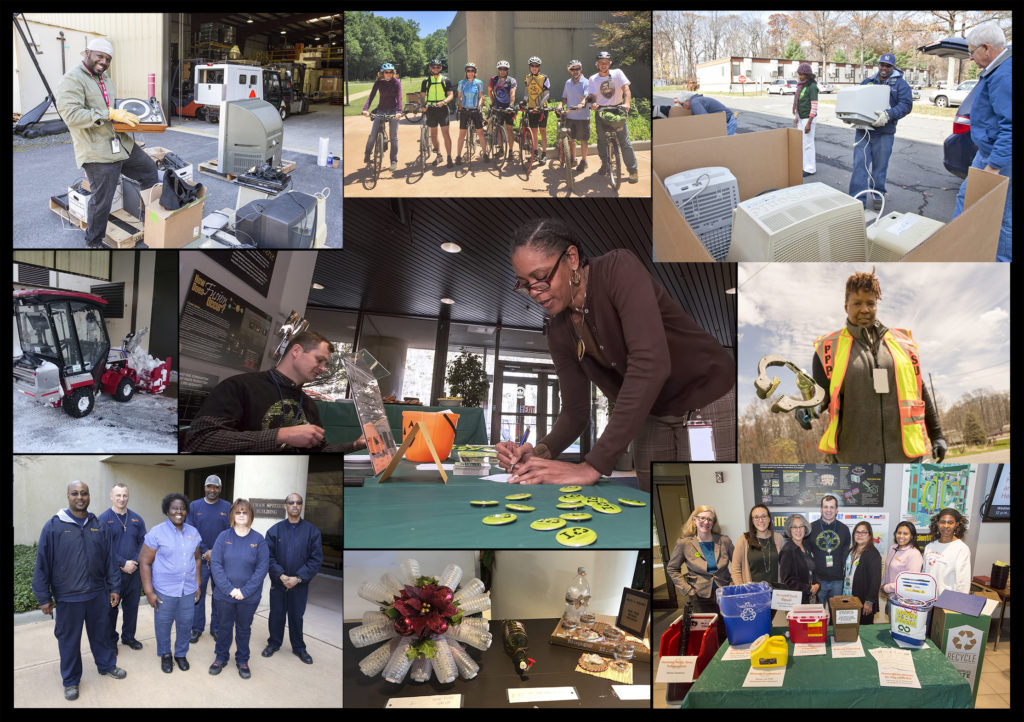 PPPL, a U.S. Department of Energy (DOE) national laboratory, diverted nearly 70 percent of waste from the landfill through its composting and recycling program, including 89 percent of construction debris. That amounted to 10.6 tons of waste that did not go into landfills. PPPL’s diversion rate is far higher than the federal requirement imposed by the DOE to reduce waste by 50 percent by 2020.

“These awards are a tribute to the people here,” said Robert Sheneman, head of PPPL’s environmental services division. “They are based on what we do every day, whether it’s green purchasing, using biofuels on many of our vehicles, or making sure that all the electronics we purchase are sustainable.”

In addition to the awards for 2018, PPPL also received a Green Challenge award for fiscal year 2017.

PPPL recently received a five-star EPEAT purchaser award for its green electronics purchases. The award, from the non-profit Green Purchasing Council, is the highest award the Council gives. It was the fifth such award PPPL has received from the agency, a non-profit organization that encourages the use of sustainable electronics.

Sheneman pointed out that PPPL employees may not even be aware of many green practices that are embedded in daily practices. “We have a mature program that’s deeply connected to our business processes,” Sheneman said. Staff purchasing office supplies from PPPL’s vendor, for example, are automatically directed to supplies using recycled materials. PPPL’s janitorial staff use bio-based cleaning supplies and make sure that recyclable or compostable trash doesn’t go the landfill.

The Federal Green Challenge awards are among numerous awards PPPL has received over the past decade for its sustainable practices, including being named an EPA WasteWise Federal Partner of the Year in 2012.

PPPL was among eight federal agencies and facilities, including Brookhaven National Laboratory, recognized at the Nov. 14 ceremony at the EPA’s Region 2 headquarters in New York. Margaret Kevin-King, head of building and grounds, and Kyron Jones, excess property coordinator, both of whom are members of PPPL’s Green Team, accepted the award on behalf of the Laboratory. Read more about the winners here.