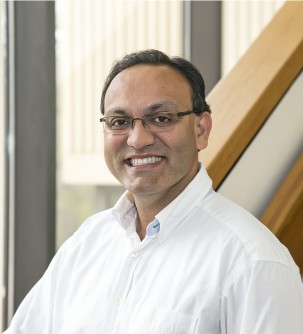 Newswise — The U.S. Department of Energy’s (DOE) Princeton Plasma Physics Laboratory (PPPL) has been named principal investigator for a multi-institutional project to study plasma-materials interaction (PMI) on the Experimental Advanced Superconducting Tokamak (EAST) in China. The centerpiece of the PPPL role in this project is the optimization of lithium delivery systems. The tests will be designed to optimize the production of long-pulse plasmas that last from 30 seconds to more than one minute. This project is supported by Fusion Energy Sciences in the DOE Office of Science.

For the PMI project, PPPL will use devices called flowing liquid lithium limiters and granule injectors, as well as optimization of coating techniques, to protect the plasma-facing components inside the EAST facility. PPPL has applied lithium to its National Spherical Torus Experiment (NSTX), which has recently been upgraded, and will continue to use lithium. Also housed at PPPL is the Lithium Tokamak Experiment (LTX), a small, short-pulse complementary experiment that explores the effect of a liquid-lithium boundary on the plasma.

The new experiments will test the ability of lithium to protect the EAST walls and prevent impurities from bouncing back into the core of the plasma and halting fusion reactions. Success of such efforts could point to a method for optimizing long-running plasmas. “We’re trying to make a cohesive program so the things that we’ve learned in this country can be tried over there,” said physicist Rajesh Maingi, who will lead the PPPL effort. “Then we can bring back what we learn there to help us here.”

Collaborating with PPPL on the PMI project are the Los Alamos and Oak Ridge national laboratories, together with Johns Hopkins University, the Massachusetts Institute of Technology, the University of Illinois and the University of Tennessee.