Measuring the physical properties of water at previously unexplored temperatures offers insights into one of the world’s essential liquids. 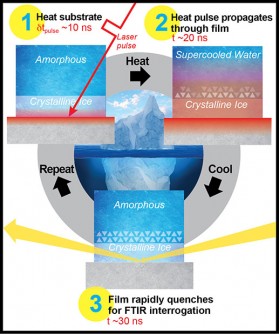 If you cool water, it freezes—unless it doesn’t. Supercooled liquid water is rather unusual. It remains fluid at ultracold temperatures, but it can freeze. Researchers wanted to know how it solidified, but rapid, uncontrolled crystallization made it impossible. A team of scientists figured out how to take snapshots of supercold liquid water as it froze. They measured how the supercold liquid solidified in the no-man’s land temperature range (262 to 126 Kelvin, or 12 to minus 233 Fahrenheit).

Water is ubiquitous. It’s also unusual compared to other liquids. And water becomes more odd as it cools. Knowing how water behaves when it is supercold could offer new insights for everything from manufacturing pharmaceuticals to producing power. This research offers new insights. Specifically, the work shows there isn’t a singularly unusual event at or near 228 Kelvin, as some predicted. This information will add to further studies and revise textbook discussions about liquid water’s properties.

While scientists have studied water for a long time, there’s still much that they don’t know. A particularly interesting aspect is supercooled water. From 262 to 126 Kelvin (12 to minus 233 Fahrenheit), water remains a liquid. Given the unique physical properties of water in other temperature regimes, the research team wanted to learn what happened in this previously inaccessible region. They designed a way to get at water in this no-man’s land. They rapidly heated amorphous water films at ~100 Kelvin. Specifically, they heated the film about 1010 Kelvin per second using 10-nanosecond pulses from a laser. This resulted in temperature jumps of ~100 to 200 Kelvin to temperatures where the amorphous film transforms into supercooled liquids. The transient supercooled liquids rapidly cool before the system completely crystallizes. Upon cooling back to the lower temperature, the team probed the physical state of the film using infrared spectroscopy. Once the changes in the film are measured, they repeated the process. In this way, the team measured the speed of crystallization in ~10 nanosecond intervals. Measurements from 262 to 180 Kelvin showed that diffusivity continuously decreases with cooling. Water does not display the singularity predicted by some theoretical models. Instead, the liquid-water diffusivity and crystalline-ice growth rate in no-man’s land varies smoothly. This result provides scientists with new data with which to revise our fundamental understanding of water. 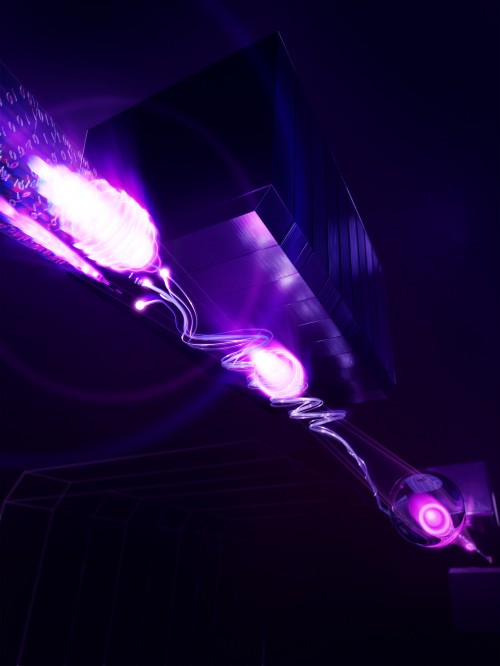