Quantum light squeezes the noise out of microscopy signals 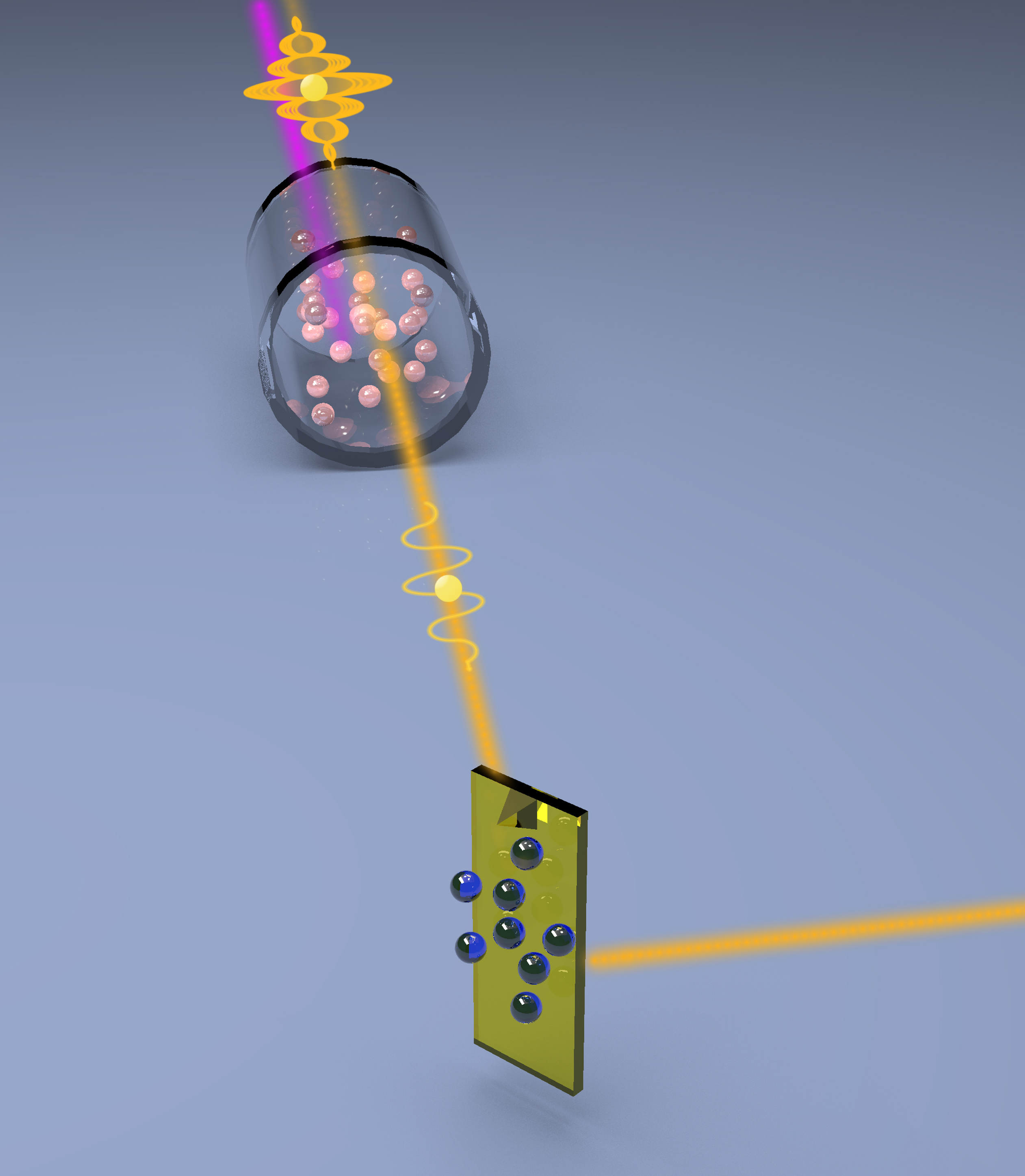 Newswise — Researchers at the Department of Energy’s Oak Ridge National Laboratory used quantum optics to advance state-of-the-art microscopy and illuminate a path to detecting material properties with greater sensitivity than is possible with traditional tools.

“We showed how to use squeezed light – a workhorse of quantum information science – as a practical resource for microscopy,” said Ben Lawrie of ORNL’s Materials Science and Technology Division, who led the research with Raphael Pooser of ORNL’s Computational Sciences and Engineering Division. “We measured the displacement of an atomic force microscope microcantilever with sensitivity better than the standard quantum limit.”

“Imagine a blurry picture,” Pooser said. “It’s noisy and some fine details are hidden. Classical, noisy light prevents you from seeing those details. A ‘squeezed’ version is less blurry and reveals fine details that we couldn’t see before because of the noise.” He added, “We can use a squeezed light source instead of a laser to reduce the noise in our sensor readout.”

The microcantilever of an atomic force microscope is a miniature diving board that methodically scans a sample and bends when it senses physical changes. With student interns Nick Savino, Emma Batson, Jeff Garcia and Jacob Beckey, Lawrie and Pooser showed that the quantum microscope they invented could measure the displacement of a microcantilever with 50% better sensitivity than is classically possible. For one-second long measurements, the quantum-enhanced sensitivity was 1.7 femtometers – about twice the diameter of a carbon nucleus.

“Squeezed light sources have been used to provide quantum-enhanced sensitivity for the detection of gravitational waves generated by black hole mergers,” Pooser said. “Our work is helping to translate these quantum sensors from the cosmological scale to the nanoscale.”

Their approach to quantum microscopy relies on control of waves of light. When waves combine, they can interfere constructively, meaning the amplitudes of peaks add to make the resulting wave bigger. Or they can interfere destructively, meaning trough amplitudes subtract from peak amplitudes to make the resulting wave smaller. This effect can be seen in waves in a pond or in an electromagnetic wave of light like a laser.

“Interferometers split and then mix two light beams to measure small changes in phase that affect the interference of the two beams when they are recombined,” Lawrie said. “We employed nonlinear interferometers, which use nonlinear optical amplifiers to do the splitting and mixing to achieve classically inaccessible sensitivity.”

The interdisciplinary study, which is published in Physical Review Letters, is the first practical application of nonlinear interferometry.

A well-known aspect of quantum mechanics, the Heisenberg uncertainty principle, makes it impossible to define both the position and momentum of a particle with absolute certainty. A similar uncertainty relationship exists for the amplitude and phase of light.

The sensitivity in such quantum sensors is typically limited by optical losses. “Squeezed states are fragile quantum states,” Pooser said. “In this experiment, we were able to circumvent the problem by exploiting properties of entanglement.” Entanglement means independent objects behaving as one. Einstein called it “spooky action at a distance.” In this case, the intensities of the light beams are correlated with each other at the quantum level.

ORNL’s approach to quantum microscopy is broadly relevant to any optimized sensor that conventionally uses lasers for signal readout. “For instance, conventional interferometers could be replaced by nonlinear interferometry to achieve quantum-enhanced sensitivity for biochemical sensing, dark matter detection or the characterization of magnetic properties of materials,” Lawrie said.

The title of the paper is “Truncated nonlinear interferometry for quantum enhanced atomic force microscopy.”

The DOE Office of Science and ORNL’s Laboratory Directed Research and Development Program supported the research.

UT-Battelle manages ORNL for DOE’s Office of Science. The single largest supporter of basic research in the physical sciences in the United States, the Office of Science is working to address some of the most pressing challenges of our time. For more information, please visit https://www.energy.gov/science/.