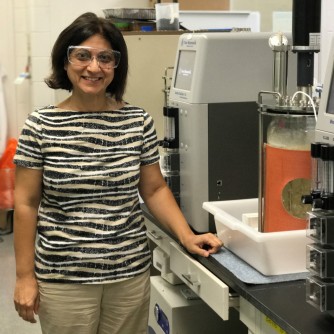 Meltem Urgun Demirtas, an environmental engineer in Argonne’s Energy Systems Division, is the principal investigator in a break-through biogas technology that could change the waste-to-fuel industry. 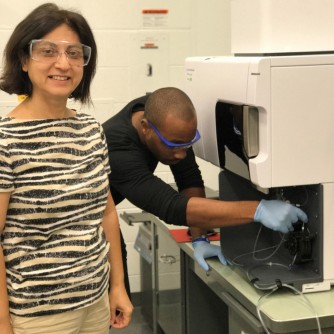 Newswise — Huge amounts of organic waste are generated each year in the United States, according to a recent report from the U.S. Department of Energy (DOE). This creates a sizable market for technologies that can convert these wastes into usable products. The DOE’s Argonne National Laboratory has developed a simple and efficient process to do that.

Argonne’s process delivers a gas that is close to pipeline quality (greater than 90 percent methane) and generates fertilizer grade byproducts as the byproduct of anaerobic digestion (a series of biological processes in which microorganisms break down biodegradable material in the absence of oxygen). The process captures and sequesters the carbon dioxide and hydrogen sulfide generated naturally during biological methane production, accelerating renewable methane production rates by 10 percent to 30 percent while sequestering carbon dioxide.

To scale up the new technology to meet these market demands, Argonne partnered with St. Louis, Missouri-based Roeslein Alternative Energy LLC, which has a test site in northern Missouri. The two organizations teamed up after Meltem Urgun Demirtas, an Argonne principal investigator and environmental engineer, presented a paper on the project at the Bioenergy Conference held by the DOE Office of Energy Efficiency and Renewable Energy’s (EERE) Bioenergy Technologies Office in Washington, D.C., in June 2015.

Urgun Demirtas recalls that Roeslein executives “came up to me afterward and suggested that I needed a demonstration site. That’s when the company opened its doors to us.” She quickly realized that “the company’s vision aligned well with Argonne’s patent-pending process.”

Roeslein executives agree. “Argonne has the capabilities to help Roeslein get the results it needs,” said Hassan Loutfi, a senior process engineer with the company. “Argonne leads the way in this technology. We have a good relationship with Meltem and that, in itself, provides the resources we need for technical assistance. It’s her knowledge and research that can improve this technology.” The two organizations formally began working together in May 2016.

The potential economic benefits of the partnership are many, and they begin here in Illinois. The state ranks fourth in the nation for methane production potential from biogas sources, according to the American Biogas Council (ABC). Illinois has 136 operational biogas systems, and it could develop about 300 new systems, based on the amount of organic material available.

These biogas systems could generate about $201 million in capital investment, creating roughly 1,675 short-term construction jobs, 134 long-term jobs and numerous industry-supporting jobs. The new systems could also generate enough electricity to power 13,553 homes or enough renewable natural gas to fuel 33,825 vehicles, according to ABC. In turn, this renewable fuel could reduce emissions in the state by the equivalent of 4.6 trillion tons of carbon dioxide.

This technology is funded by the DOE-EERE’s Bioenergy Technologies Office. 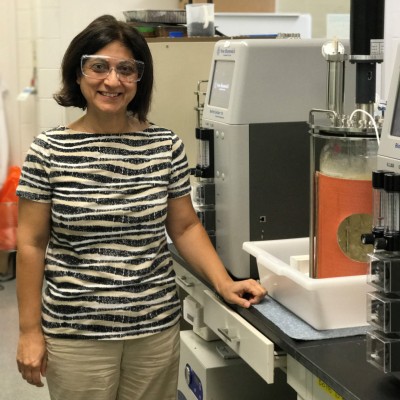 Caption: Meltem Urgun Demirtas, an environmental engineer in Argonne’s Energy Systems Division, is the principal investigator in a break-through biogas technology that could change the waste-to-fuel industry. 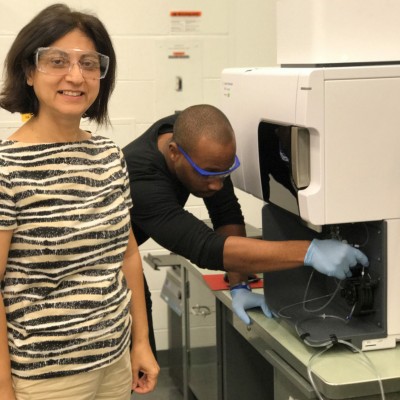