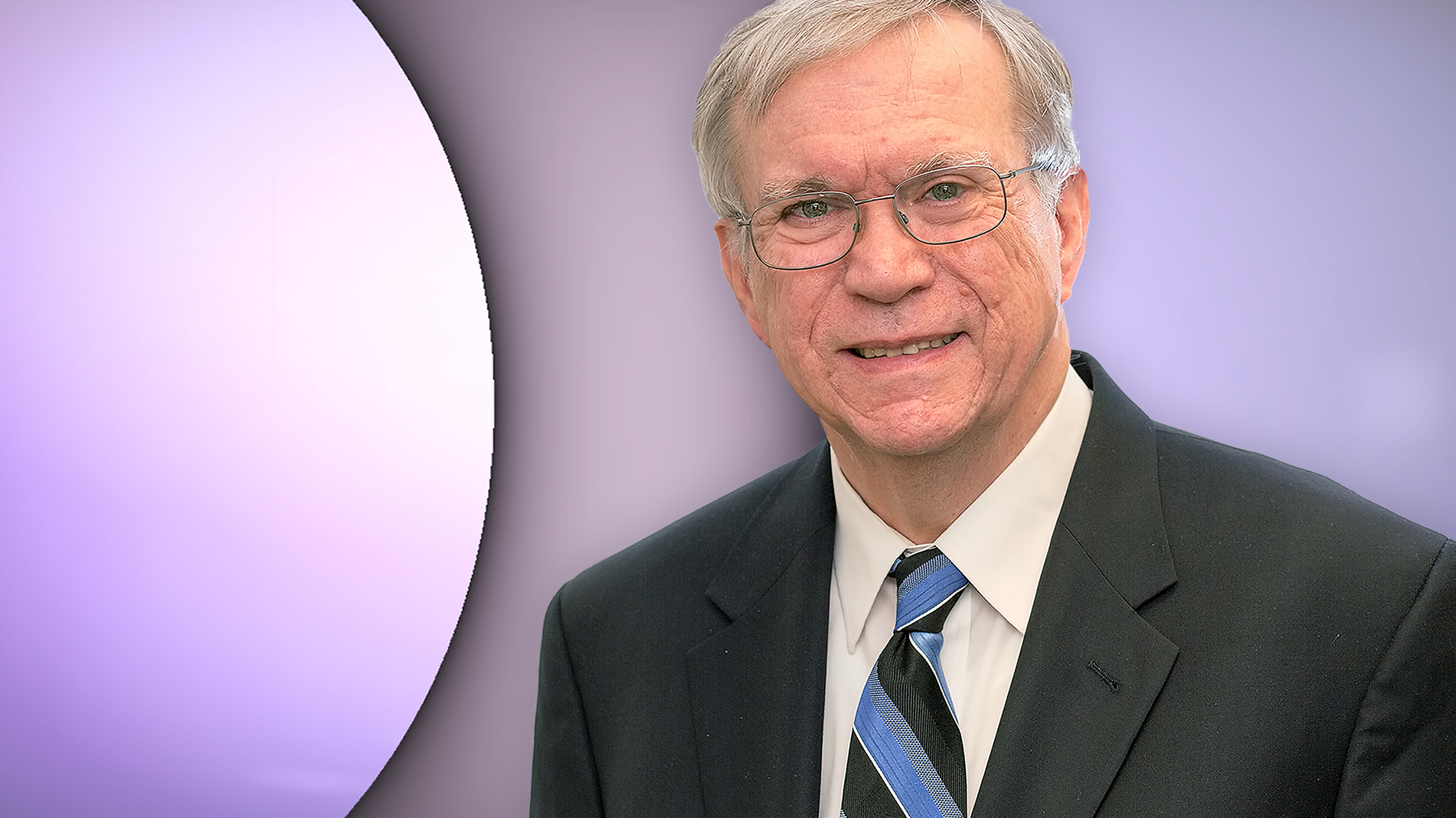 Newswise — For more than 40 years Rich Hawryluk has been a guiding light and solver of nearly intractable problems at PPPL. His countless accomplishments have supported and enhanced the role of the U.S. Department of Energy’s (DOE) Princeton Plasma Physics Laboratory (PPPL) as the center of world-class research on harvesting on Earth the fusion energy that powers the sun and stars.

Hawryluk’s achievements have ranged from leading production of the world’s first burst of fusion power fueled by deuterium and tritium (DT) plasma on the Tokamak Fusion Test Reactor (TFTR), to heading the recovery project for the National Spherical Tokamak Experiment-Upgrade (NSTX-U), the world’s most powerful spherical fusion facility. He has held several leadership positions as he served as both Interim Director of PPPL and Interim Deputy Director for Operations, and has remained a key contributor since moving to work as the Lab’s Associate Director for Fusion.

PPPL is now honoring him and his contributions by renaming the Laboratory’s main conference room the Richard J. Hawryluk Conference Room. Room B318 in the Lyman Spitzer Jr. Building, where almost a half-century of research and seemingly intractable physics, plasma, and operational problems have been discussed, debated, explained, and sometimes solved, will permanently carry the Richard J. Hawryluk name.

“Rich has contributed unbelievable events to the Lab,” said PPPL Director Steve Cowley in disclosing the renaming in his State of the Laboratory Address on Dec. 18. “Rich is the person you go to when you have an almost unsolvable problem and he figures it out and solves it for you,” Cowley said.

“I want to express my appreciation as well as surprise in response to Steve’s announcement renaming B318,” Hawryluk said in a history of the conference room that he wrote after the honor had been revealed. “I spent more time in that conference room than I care to imagine,” he said, noting that “the work that was accomplished on TFTR and NSTX was that of a team effort over many years. I feel so lucky to have been part of that effort.”

TFTR is the Tokamak Fusion Test Reactor that operated from 1982 to 1997 and became the first in the world to produce DT plasmas with equal concentrations of the fuel deuterium and tritium in 1993. NSTX is the National Spherical Torus Experiment that ran from 1999 to 2012 and preceded the upgraded NSTX-U at the laboratory.

Hawryluk joined PPPL in 1974 with a doctorate in physics from the Massachusetts Institute of Technology (MIT). With the exception of two years that he spent as Deputy Director General and Head of the Administration Department of ITER, the international tokamak fusion device under construction in France, Hawryluk has been a key figure at the Laboratory ever since.

In his early years at PPPL he made significant contributions to the development of advanced fusion operating regimes and participated in research on TFTR and other experiments. “I worked with Rich Hawryluk from the day that I started at PPPL in 1980,” said Michael Bell, a now-retired physics operator and member of the TFTR team throughout the tokamak’s run. “I realized pretty quickly that Rich was someone with a strong determination to push our experiments as far as they could go and thereby contribute to the overall progress of the laboratory in pursuit of our fusion goals,” Bell said.

Hawryluk became head of the TFTR Tokamak Operations Division in 1986 and served as leader of the overall TFTR Project from 1991 until the tokamak was decommissioned in 1997. TFTR produced the first DT plasma on Dec. 9, 1993, and set a world for fusion production on Nov. 2, 1994.

“Rich led the TFTR team in meticulous preparations for their DT campaign, knowing that anything short of flawless operational safety outcomes could set the entire program back,” said Hutch Neilson, the head of ITER projects at PPPL who has known Hawryluk for 45 years. “The team under Rich’s leadership delivered both historic plasma physics results and a crucial demonstration of fusion’s inherent safety,” Neilson said.

When TFTR shut down Hawryluk became Deputy Director of PPPL from 1997 to 2009 under Director Rob Goldston, a job in which he oversaw all research and technical operations of the Laboratory. “I used to say that Rich was the mainstay of the Lab in the same sense that a mainstay on a ship is the sturdiest piece of the rigging, responsible for keeping the main mast up,” Goldston said. “Through any number of gales — and the occasional hurricane — Rich kept our mast upright. Since 2009 he has done much the same for ITER, and then for the whole fusion community. It is a great stroke to give PPPL’s main conference room his name.”

Hawryluk next worked at ITER from 2011 to 2013 and calls his time there, “both exciting and challenging. It's exciting in the scope and scale of this effort, and challenging in bringing such a large project to completion.” The DOE honored Hawryluk with a Secretary of Energy’s Appreciation Award for applying his “wealth of big-science project management experience to enable the ITER project to make the transition from design phase to construction, thus helping ensure that this important project will successfully move toward demonstrating the feasibility of fusion as a future energy source.”

After returning from ITER, Hawryluk was from 2013 to 2016 head of PPPL’s  ITER and Tokamak Department. In that capacity he oversaw research on principal tokamak fusion facilities in the U.S. and abroad and supported the research objectives of ITER.

Hawryluk next became head of the NSTX-U Recovery Project and alternated between interim PPPL leadership positions and his current Associate Director for Fusion job, in which he has not slowed down. “Rich has remained the go-to person when an intractable problem arises,” Cowley said. “Only a year ago Rich stepped in to solve the potential concern about delamination in the NSTX-U center stack. His technical capability, pragmatism and leadership is not just rare — it’s unique.”

Over the years Hawryluk has chaired and participated in numerous national and international program reviews and advisory committees and has won many awards. He is a Fellow of the American Physical Society (APS) and the American Academy for the Advancement of Science and shared with two PPPL colleagues an APS Prize for Excellence in Plasma Physics. Other honors include a DOE Distinguished Associate Award; a Leadership Award from Fusion Power Associates; and a Kaul Foundation Prize for Excellence in Plasma Physics Research and Technology from PPPL.

Hawryluk now chairs the board of editors of Nuclear Fusion, a journal of fusion energy, and is chairing a National Academy of Science report titled, “Key Goals and Innovations Needed for a U.S. Fusion Pilot Plant.” James Van Dam, Associate Director in charge of the Fusion Energy Sciences program within the U.S. Department of Energy, who has known Rich for decades, remarked, “This panel’s report will be important for our future strategic planning, and when we learned that Rich would be the chair of the panel, we knew that the report would be a thoughtful, high-quality product, just like all the other activities Rich has led during his many years of fusion service.”

Hawryluk also served on a panel of experts that recently reviewed the next phase of design work for DEMO, the future fusion demonstration power plant that the European consortium EUROfusion is developing.

Among Hawryluk’s long-standing colleagues is Tim Stevenson, now Head of NSTX-U Engineering Operations, who reflects on what the relationship has meant for him. “It has been my honor and privilege to work for Rich for more than 36 years,” Stevenson said. “Working for Rich has always been challenging and it makes us all the better for it. Personally, Rich has given me the benefit of his wisdom more often than I care to admit and I am sincerely grateful for it. Working for Rich all these years has made me a better engineer; working with Rich has made me a better person.”