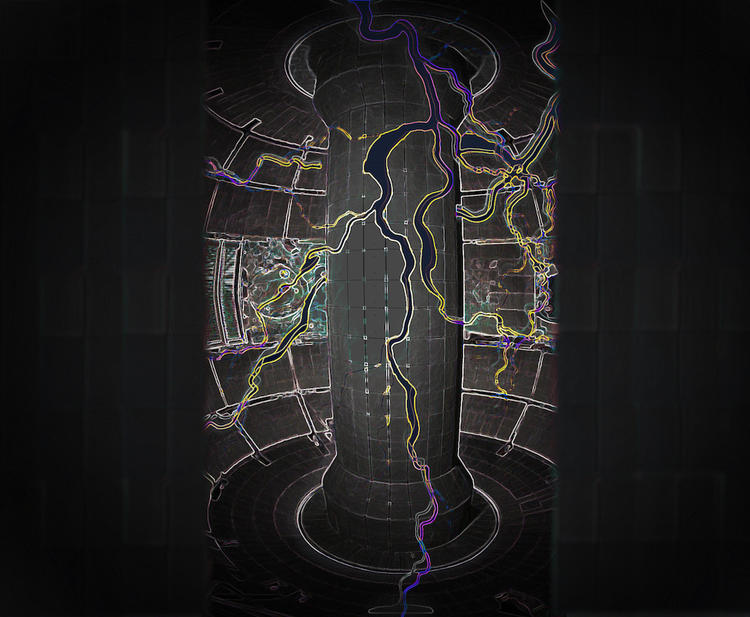 Newswise — Electric current is everywhere, from powering homes to controlling the plasma that fuels fusion reactions to possibly giving rise to vast cosmic magnetic fields. Now, scientists at the U.S. Department of Energy’s (DOE) Princeton Plasma Physics Laboratory (PPPL) have found that electrical currents can form in ways not known before. The novel findings could give researchers greater ability to bring the fusion energy that drives the sun and stars to Earth.

“It’s very important to understand which processes produce electrical currents in plasma and which phenomena could interfere with them,” said Ian Ochs, graduate student in Princeton University’s Program in Plasma Physics and lead author of a paper selected as a featured article in Physics of Plasmas. “They are the primary tool we use to control plasma in magnetic fusion research.”

Fusion is the process that smashes together light elements in the form of plasma — the hot, charged state of matter composed of free electrons and atomic nuclei — generating massive amounts of energy. Scientists are seeking to replicate fusion for a virtually inexhaustible supply of power to generate electricity.

The unexpected currents arise in the plasma within doughnut-shaped fusion facilities known as tokamaks. The currents develop when a particular type of electromagnetic wave, such as those that radios and microwave ovens emit, forms spontaneously. These waves push some of the already-moving electrons, “which ride the wave like surfers on a surfboard,” said Ochs.

But the frequencies of these waves matter. When the frequency is high, the wave causes some electrons to move forward and others backward. The two motions cancel each other out and no current occurs.

However, when the frequency is low, the waves pushes forward on the electrons and backward on the atomic nuclei, or ions, creating a net electrical current after all. Ochs found that researchers could surprisingly create these currents when the low-frequency wave was a particular type called an “ion acoustic wave” that resembles sound waves in air.

The significance of this finding extends from the relatively small scale of the laboratory to the vast scale of the cosmos. “There are magnetic fields throughout the universe on different scales, including the size of galaxies, and we don’t really know how they got there,” Ochs said. “The mechanism we discovered could have helped seed cosmic magnetic fields, and any new mechanisms that can produce magnetic fields are interesting to the astrophysics community.”

The results from the pencil-and-paper calculations consist of mathematical expressions that give scientists the ability to calculate how these currents, which occur without electrons directly interacting, develop and grow. “The formulation of these expressions was not straightforward,” Ochs said. “We had to condense the findings so they would be sufficiently clear and use simple expressions to capture the key physics.”=

The results deepen understanding of a basic physical phenomenon and were also unexpected. They appear to contradict the conventional notion that current drives require electron collisions, Ochs said.

“The question of whether waves can drive any current in plasma is actually very deep and goes to the fundamental interactions of waves in plasma,” said Nathaniel Fisch, a coauthor of the paper, professor and associate chair of the Department of Astrophysical Sciences, and director of the Program in Plasma Physics. “What Ochs derived in masterful, didactic fashion, with mathematical rigor, was not only how these effects are sometimes balanced, but also how these effects sometimes conspire to allow the formation of net electrical currents.”

These findings lay the groundwork for future research. “What especially excites me,” Fisch said, “is that the mathematical formalism that Ochs has built, together with the physical intuitions and insights that he has acquired, now put him in a position either to challenge or to put on a firm foundation even more curious behavior in the interactions of waves with resonant particles in plasma.”