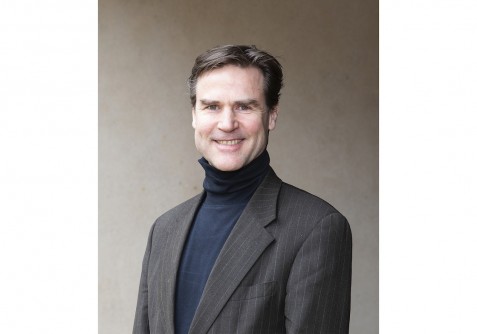 Newswise — An international team of researchers led by the U.S. Department of Energy’s (DOE) Princeton Plasma Physics Laboratory (PPPL) has upgraded a key computer code for calculating forces acting on magnetically confined plasma in fusion energy experiments. The upgrade will be part of a suite of computational tools that will allow scientists to further improve the design of breakfast-cruller-shaped facilities known as stellarators. Together, the three codes in the suite could help scientists bring efficient fusion reactors closer to reality.

The revised software lets researchers more easily determine the boundary of plasma in stellarators. When used in concert with two other codes, the code could help find a stellarator configuration that improves the performance of the design. The two complementary codes determine the optimal location for the plasma in a stellarator vacuum chamber to maximize the efficiency of the fusion reactions, and determine the shape that the external electromagnets must have to hold the plasma in the proper position.

The revised software, called the “free-boundary stepped-pressure equilibrium code (SPEC),” is one of a set of tools scientists can use to tweak the performance of plasma to more easily create fusion energy. “We want to optimize both the plasma position and the magnetic coils to balance the force that makes the plasma expand while holding it in place,” said Stuart Hudson, physicist, deputy head of the Theory Department at PPPL and lead author of the paper reporting the results in Plasma Physics and Controlled Fusion.

“That way we can create a stable plasma whose particles are more likely to fuse. The updated SPEC code enables us to know where the plasma will be for a given set of magnetic coils.”

Fusion combines light elements in the form of plasma — the hot, charged state of matter composed of free electrons and atomic nuclei — and in the process generates massive amounts of energy in the sun and stars. Scientists are seeking to replicate fusion in devices on Earth for a virtually inexhaustible supply of safe and clean power to generate electricity.

Plasma stability is crucial for fusion. If plasma bounces around inside a stellarator, it can escape, cool, and tamp down the fusion reactions, in effect quenching the fusion fire. An earlier version of the code, also developed by Hudson, could only calculate how forces were affecting a plasma if the researchers already knew the plasma’s location. Researchers, however, typically don’t have that information. “That’s one of the problems with plasmas,” Hudson said. “They move all over the place.”

The new version of the SPEC code helps solve the problem by allowing researchers to calculate the plasma’s boundary without knowing its position beforehand. Used in coordination with a coil-design code called FOCUS and an optimization code called STELLOPT — both of which were also developed at PPPL — SPEC lets physicists simultaneously ensure that the plasma will have the best fusion performance and the magnets will not be too complicated to build. “There’s no point optimizing the shape of the plasma and then later finding out that the magnets would be incredibly difficult to construct,” Hudson said.

One challenge that Hudson and colleagues faced was verifying that each step of the code upgrade was done correctly. Their slow-and-steady approach was crucial to making sure that the code makes accurate calculations. “Let’s say you are designing a component that will go on a rocket to the moon,” Hudson said. “It’s very important that that part works. So you test and test and test.”

Updating any computer code calls for a number of interlocking steps:

Hudson and colleagues performed the calculations with widely different methods. They used pencil and paper to determine the equations and solution steps, and powerful PPPL computers to verify the results. “We demonstrated that the code works,” Hudson said. “Now it can be used to study current experiments and design new ones.

Collaborators on the paper include researchers at the Max Planck Institute for Plasma Physics, the Australian National University, and the Swiss École Polytechnique Fédérale de Lausanne. The research was supported by the DOE’s Office of Science (Fusion Energy Sciences), the Euratom research and training program, the Australian Research Council, and the Simons Foundation.