Research produces an improved dynamical core to model the evolution of winds, temperatures, and pressures in the atmosphere. 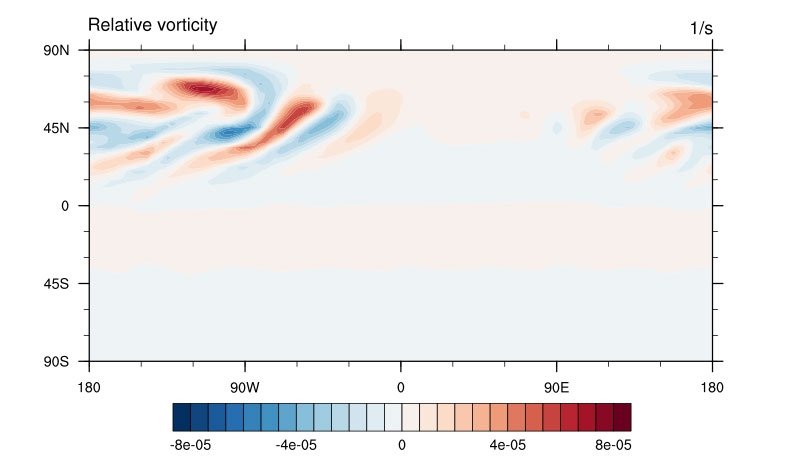 Researchers confirmed the method using a test case involving baroclinic instability, the mechanism in the atmosphere that shapes cyclones and anticyclones.

Discretization is the process of converting continuous models and variables, such as wind speed, into discrete versions. This is usually the first step toward making equations that are compatible with computer analysis. Specifically, scientists use energy consistent discretization to model fluid dynamics, which describe how liquids and gases move. Energy consistent discretization ensures that the method does not have any inaccurate sources of energy. These can lead to unstable and unrealistic simulations. In this research, scientists provided a discretization for equations used by global models of the Earth’s atmosphere. The software component that solves these equations is called its dynamical core. The dynamical core simulates the evolution over time of winds, temperatures, and pressures in the atmosphere.

Scientists are using this new dynamical core in the Energy Exascale Earth System Model (E3SM). The project together with the Department of Energy’s (DOE) upcoming Exascale supercomputers will allow scientists to resolve the convective processes responsible for storm systems. This will remove a large source of uncertainty in climate change projections and lead to better forecasts of future climate.

This research provides an energy-consistent discretization of the nonhydrostatic equations for use in global models of the Earth’s atmosphere. The discretization was implemented in a new dynamical core for E3SM. To test the energy conservation properties of the new dynamical core, the researchers used a baroclinic instability test case shown in the figure above. In this test case, the atmosphere is initialized with a geostrophically balanced flow with a small perturbation in the northern hemisphere. This instability grows quickly, forming a realistic meandering jet stream and associated eddies. The researchers analyzed the results of this test case to verify the correctness of the dynamical core’s software implementation of the energy consistent discretization. The discretization is written in terms of standard variables in spherical coordinates and supports a wide variety of terrain-following vertical coordinates. It can be used with any horizontal discretization that has a discrete version of the integration-by-parts identity. The discretization ensures no spurious sources of energy, resulting in improved stability and accuracy.

This research was supported as part of the E3SM project, funded by the DOE Office of Science, Office of Biological and Environmental Research.