Two researchers from Cairo University in Egypt brought 32 bone samples and two soil samples to study using X-ray and infrared light-based techniques at Berkeley Lab's Advanced Light Source (ALS). This video shows the Cairo University and ALS scientists at work at the ALS. The ALS produces various wavelengths of bright light that can be used to explore the microscopic chemistry, structure, and other properties of samples. 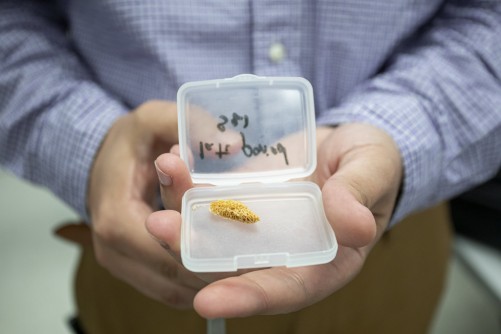 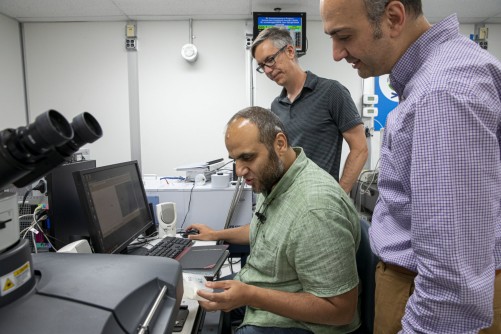 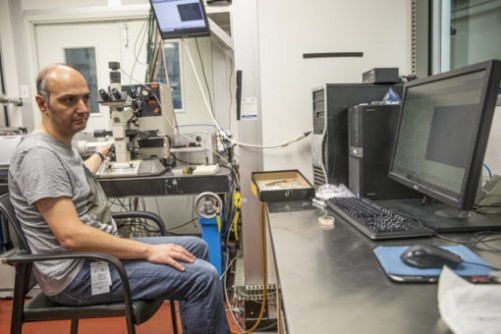 Ahmed Elnewishy, an associate professor at Cairo University, views a mummified bone sample at the ALS.

Newswise — Experiments at the Department of Energy’s Lawrence Berkeley National Laboratory (Berkeley Lab) are casting a new light on Egyptian soil and ancient mummified bone samples that could provide a richer understanding of daily life and environmental conditions thousands of years ago.

In a two-monthslong research effort that concluded in late August, two researchers from Cairo University in Egypt brought 32 bone samples and two soil samples to study using X-ray and infrared light-based techniques at Berkeley Lab’s Advanced Light Source (ALS). The ALS produces various wavelengths of bright light that can be used to explore the microscopic chemistry, structure, and other properties of samples.

Their visit was made possible by LAAAMP – the Lightsources for Africa, the Americas, Asia and Middle East Project – a grant-supported program that is intended to foster greater international scientific opportunity and collaboration for scientists working in that region of the globe.

The samples included bone fragments of mummified human remains that date back 2,000 to 4,000 years, and soil collected from the sites of the human remains. The remains represent four different dynasties in Egypt: the Middle Kingdom, Second Intermediate Period, Late Period, and Greco-Roman.

The visiting scientists, Cairo University Associate Professor Ahmed Elnewishy and postdoctoral researcher Mohamed Kasem, wanted to distinguish whether chemical concentrations in the bone samples were related to the individuals’ health, diet, and daily lives, or whether the chemicals in the soil had changed the bones’ chemistry over time.

Their work is important for Egypt’s cultural heritage and also for a better understanding of antiquities preservation and the potential pathways for contamination of these remains. The samples were recovered from two Egyptian sites – Saqqara, the site of an ancient burial ground; and Aswan, the site of an ancient city on the bank of the Nile once known as Swenett – by Cairo University archaeologists.

“The bones are acting like an archive,” said Kasem, who has studied ancient bone chemistry since his Ph.D. studies, dating back to 2011. He has used a chemical-analysis technique involving laser ablation, in which a short laser pulse blasts away a small volume of material from a sample. Then, emitted light from this little blast is analyzed to determine what elements are present.

“We have found lead, aluminum, and other elements that give us an indication of the environment and the toxicity of that time,” he said. “That information is stored right in the bones.”

What’s tricky is to sort out how the elements got in the bone. “There might be some diffusion of elements from outside to inside the bones, and effects from bacteria, humidity, and other effects. It is difficult to separate this – to know if it is coming from the surrounding soil. So we’ve been trying different techniques.”

Kasem added, “So many factors affect the preservation. One of them is how long the bone has been buried in soil and also the state of the bone and the different types of soil.” Differences in embalming techniques could also affect the preservation of the bone and the chemistry they find in the X-ray studies. “There are different qualities in the materials, like the cloth and the resins they used to embalm,” he said.

While the ancient Egyptians didn’t use aluminum in metal-working, researchers have found that they used potassium alum, a chemical compound containing aluminum, to reduce cloudiness in drinking water. And the concentrations of lead were likely due to the lead that Egyptians used to polish pottery.

The latest studies are focused on samples including slices from the head of femur bones and from the femur shafts to see whether one sample type may be more prone to contamination from surrounding soil than the other type, for example. Femur bones are the strongest bones in the human body and run from the knees to the hips. The head, at the top of the femur, has spongier bone material than the core of the shaft.

The researchers worked with ALS research scientists Hans Bechtel and Eric Schaible to carry out experiments at three different beamlines. Schaible assisted the researchers with a technique known as small-angle X-ray scattering (SAXS), which they used to analyze the nanoscale patterning of collagen, an abundant human protein.

A single scan of the bone cross-sections, which measured up to 3 to 5 centimeters across and about half a millimeter in thickness, took two to six hours to complete and provided a detailed 2D map showing how the collagen was organized within the bone.

These images can be compared with modern bones to better understand whether and how the collagen degraded over time, and can possibly tell us about an individual’s health.

“Collagen is one of the main building blocks of the body,” Schaible said. “It’s found in skin, bones, internal organs, eyes, ears, blood vessels – it’s one of the main things we’re made of.  When we shine X-rays through the collagen, the X-rays are scattered and the pattern of scattering that they make can tell us a lot about how well-preserved and well-organized the collagen is.”

Though there is much analysis ahead to interpret the data taken from the samples, Schaible said that the collagen assemblies generally aren’t as well ordered in the ancient samples as in healthy modern bones.

“It’s very exciting to be involved in this project, and to learn about the journey these mummies have been on, in life and after death,” he said.

The infrared studies at the ALS show the chemical distribution and concentration of the minerals and organic materials present in the bones.

“One of the main obstacles was in how to prepare the samples,” said Elnewishy. It is difficult to cut thin cross-sections from such delicate material.

Schaible contacted a specialized lab at UC Berkeley’s Earth and Planetary Science Department, which aided in slicing the samples. For the thinnest sections and the most fragile samples, the bone was suspended in epoxy resin and then sliced.

Elnewishy said there are plans to also conduct related experiments at SESAME (Synchrotron-light for Experimental Science and Applications in the Middle East), a scientific light source in Jordan that opened up to experiments in 2017. SESAME was built through a cooperative venture by scientists and governments in the region.

He noted that what the team learns about cultural heritage and preservation of samples through its experiments could potentially benefit the collections of the Grand Egyptian Museum in Giza, which is expected to open in 2020 and will host more than 100,000 Egyptian artifacts. 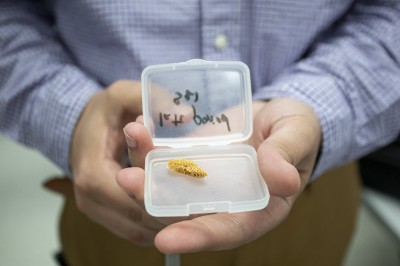 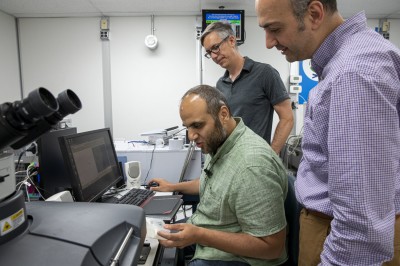 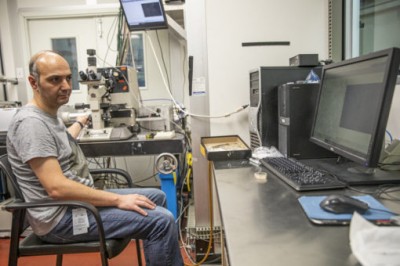