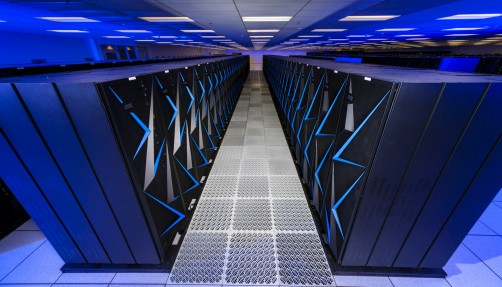 A total of five Department of Energy (DOE) supercomputers placed in the top 10 of the 52nd edition of the TOP500 list. Oak Ridge National Laboratory’s Summit widened its lead as the No. 1 system in the world, improving its performance from 122.3 to 143.5 petaflops since the previous list was announced in June. Sierra and Summit are both powered by IBM Power9 CPUs and NVIDIA V100 GPUs.

"We are naturally very pleased to see this machine take the second position, with the U.S. now holding the top two spots after a substantial hiatus,” said Mark Anderson, director of the Office of Advanced Simulation and Computing at NNSA. “Our partnership with DOE Office of Science and Oak Ridge National Laboratory has been very productive. Beyond this, our chief satisfaction comes from the performance the machine is demonstrating on a number of key benchmarks that point to its extremely broad utility for national security."

Sierra had placed third on June’s TOP500 list, running the benchmark on a portion of the system. LLNL computer scientists explained the higher ranking on the new list was due to a better understanding of the hardware combined with extensive work done with IBM and NVIDIA to speed up operations.

“We are quite pleased with Sierra's position on the TOP500,” said Livermore Computing’s Chief Technical Officer Bronis de Supinski. “More importantly, the optimizations that supported the improved HPL performance demonstrate how to use the full capacity of the memory system effectively, which we expect to guide optimizations of our real applications.”

Accepted by the Lab in October, Sierra supports the NNSA’s core mission of ensuring the safety, security and effectiveness of the nation’s nuclear stockpile. It will go into production for classified work in early 2019 with capabilities in high-resolution modeling and simulation as well as machine learning.

Sierra wasn’t the lone LLNL system on the list. Its unclassified companion system Lassen, built with the same architecture as Sierra but at about one-sixth of Sierra’s size, debuted at 11th on the TOP500 List, one spot behind LLNL’s Sequoia at 15.4 petaflops. Sequoia, an IBM BlueGene/Q supercomputer that was delivered to the Lab in 2011, achieved 17.2 petaflops on the benchmark.