SLAC Researchers Recreate the Extreme Universe in the Lab 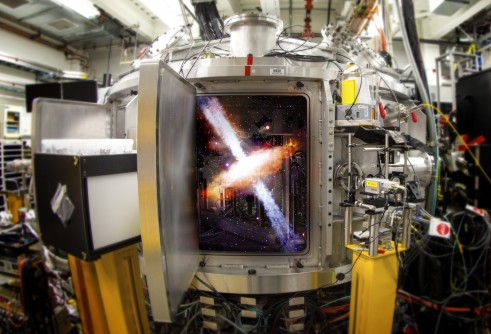 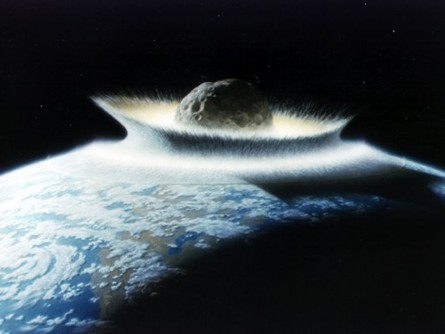 Meteor impacts generate shock waves so powerful that they turn graphite into diamond. 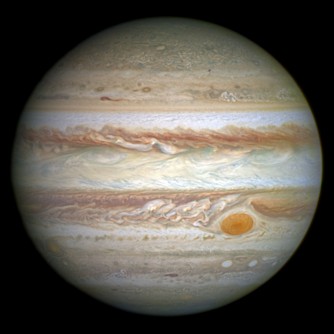 The interior of giant gas planets like Jupiter is so hot and dense that hydrogen turns into a metal. 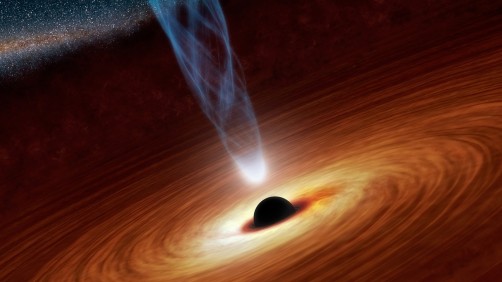 Newswise — Conditions in the vast universe can be quite extreme: Violent collisions scar the surfaces of planets. Nuclear reactions in bright stars generate tremendous amounts of energy. Gigantic explosions catapult matter far out into space. But how exactly do processes like these unfold? What do they tell us about the universe? And could their power be harnessed for the benefit of humankind?

To find out, researchers from the Department of Energy’s SLAC National Accelerator Laboratory perform sophisticated experiments and computer simulations that recreate violent cosmic conditions on a small scale in the lab.

“The field of laboratory astrophysics is growing very rapidly, fueled by a number of technological breakthroughs,” says Siegfried Glenzer, head of SLAC’s High Energy Density Science Division. “We now have high-power lasers to create extreme states of matter, cutting-edge X-ray sources to analyze these states at the atomic level, and high-performance supercomputers to run complex simulations that guide and help explain our experiments. With its outstanding capabilities in these areas, SLAC is a particularly fertile ground for this type of research.”

Cosmic ‘Bling’ as Marker for Meteor ImpactsHigh pressure can turn a soft form of carbon – graphite, used as pencil lead – into an extremely hard form of carbon, diamond. Could the same thing happen when a meteor hits graphite in the ground? Scientists have predicted that it could, and that these impacts, in fact, might be powerful enough to produce a form of diamond, called lonsdaleite, that is even harder than regular diamond.

“The existence of lonsdaleite has been disputed, but we’ve now found compelling evidence for it,” says Glenzer, the co-principal investigator of a study published March 14 in Nature Communications.

The team heated the surface of graphite with a powerful optical laser pulse that set off a shock wave inside the sample and rapidly compressed it. By shining bright, ultrafast X-rays from SLAC’s X-ray laser Linac Coherent Light Source (LCLS) through the sample, the researchers were able to see how the shock changed the graphite’s atomic structure. LCLS is a DOE Office of Science User Facility.

“We saw that lonsdaleite formed for certain graphite samples within a few billionths of a second and at a pressure of about 200 gigapascals – 2 million times the atmospheric pressure at sea level,” says lead author Dominik Kraus from the German Helmholtz Center Dresden-Rossendorf, who was a postdoctoral researcher at the University of California, Berkeley at the time of the study. “These results strongly support the idea that violent impacts can synthesize this form of diamond, and that traces of it in the ground could help identify meteor impact sites.”

A second study, published today in Nature Communications, looked at another peculiar transformation that might occur inside giant gas planets like Jupiter, whose interior is largely made of liquid hydrogen: At high pressure and temperature, this material is believed to switch from its “normal,” electrically insulating state into a metallic, conducting one.

“Understanding this process provides new details about planet formation and the evolution of the solar system,” says Glenzer, who was also the co-principal investigator of this study. “Although the transition had already been predicted in the 1930s, we’ve never had a direct window into the atomic processes.”

That is, not until Glenzer and his fellow scientists performed an experiment at Lawrence Livermore National Laboratory (LLNL), where they used the high-power Janus laser to rapidly compress and heat a sample of liquid deuterium, a heavy form of hydrogen, and to create a burst of X-rays that probed subsequent structural changes in the sample.

The team saw that above a pressure of 250,000 atmospheres and a temperature of 7,000 degrees Fahrenheit, deuterium indeed changed from a neutral, insulating fluid to an ionized, metallic one.

“Computer simulations suggest that the transition coincides with the separation of the two atoms normally bound together in deuterium molecules,” says lead author Paul Davis, who was a graduate student at the University of California, Berkeley and LLNL at the time of the study. ”It appears that as the pressure and temperature of the laser-induced shock wave rip the molecules apart, their electrons become unbound and are able to conduct electricity.”

In addition to planetary science, the study could also inform energy research aimed at using deuterium as nuclear fuel for fusion reactions that replicate analogous processes inside the sun and other stars.

How to Build a Cosmic Accelerator

In a third example of the extreme universe, tremendously powerful cosmic particle accelerators – near supermassive black holes, for instance – propel streams of ionized gas, called plasma, hundreds of thousands of light-years into space. The energy stored in these streams and in their electromagnetic fields can convert into a few extremely energetic particles, which produce very brief but intense bursts of gamma rays that can be detected on Earth.

Scientists want to know how these energy boosters work because it would help them better understand the universe. It could also give them fresh ideas for building better accelerators – particle racetracks that are at the heart of a large number of fundamental physics experiments and medical devices.

Researchers believe one of the main driving forces behind cosmic accelerators could be “magnetic reconnection” – a process in which the magnetic field lines in plasmas break and reconnect in a different way, releasing magnetic energy.

“Magnetic reconnection has been observed in the lab before, for instance in experiments with two colliding plasmas that were created with high-power lasers,” says Frederico Fiúza, a researcher from SLAC’s High Energy Density Science Division and the principal investigator of a theoretical study published March 3 in Physical Review Letters. “However, none of these laser experiments have seen non-thermal particle acceleration – an acceleration not just related to the heating of the plasma. But our work demonstrates that with the right design, current experiments should be able to see it.”

His team ran a number of computer simulations that predicted how plasma particles would behave in such experiments. The most demanding calculations, with about 100 billion particles, took more than a million CPU hours and more than a terabyte of memory on Argonne National Laboratory’s Mira supercomputer.

“We determined key parameters for the required detectors, including the energy range they should operate in, the energy resolution they should have, and where they must be located in the experiment,” says the study’s lead author, Samuel Totorica, a PhD student in Tom Abel’s group at Stanford University’s and SLAC’s Kavli Institute for Particle Astrophysics and Cosmology (KIPAC). “Our results are a recipe for the design of future experiments that want to study how particles gain energy through magnetic reconnection.”

Meteor impacts, planetary science and cosmic accelerators are just three of a large number of laboratory astrophysics topics that will be discussed at the 11th International Conference on High Energy Density Laboratory Astrophysics (HEDLA2016), to be held May 16-20 at SLAC. 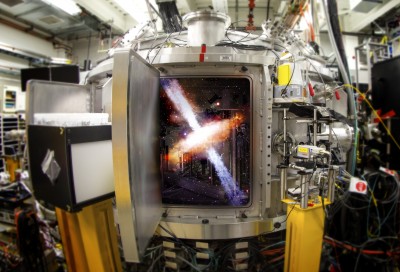 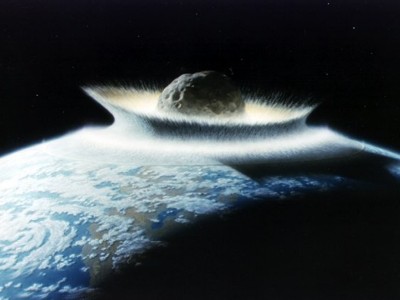 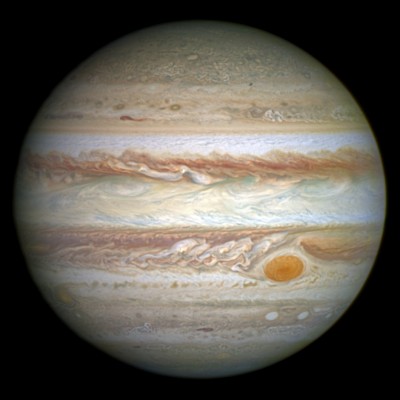 Caption: The interior of giant gas planets like Jupiter is so hot and dense that hydrogen turns into a metal. 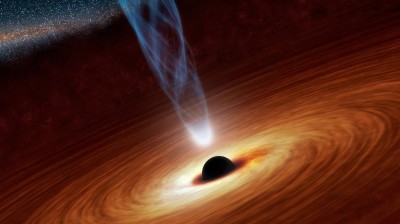