Small Towns Team Up to Power Down

A new initiative on Maryland's Eastern Shore can be a model for helping smaller communities cut energy consumption and save money. 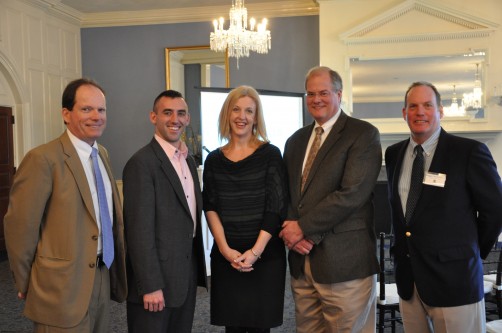 Newswise — Chestertown, Md., January 20, 2014—The Center for Environment & Society (CES) at Washington College has launched a partnership with four towns on Maryland’s rural Eastern Shore that can serve as a national model for helping small communities make big reductions in energy consumption. The ShorePower Project aims to replicate in other county seats the success CES achieved with a pilot project in Chestertown, Md. Between 2008 and 2011, Chestertown’s electricity consumption dropped by roughly 300,000-kilowatt hours per year. This amounted to a greater than 11 percent decrease and an avoidance of more than $130,000 annually in costs. It also constituted an overall reduction in greenhouse gas emissions of 200 tons per year. In the first year of the ShorePower Project, staff will work with the partner towns of Cambridge, Easton, Salisbury and Snow Hill. Partnerships with other county seats on the Eastern Shore will be forged in the second year. ShorePower is funded by a $150,000 grant from Easton-based Town Creek Foundation. Established in 1981 by retired printing industry executive Edmund “Ted” Stanley, Town Creek Foundation is a private philanthropic foundation dedicated to a sustainable environment. The ShorePower Project is being led by Briggs Cunningham, Energy Programs Manager at CES, and Mary Yates, recently hired as ShorePower Project Coordinator. In shaping the program, the two have consulted closely with officials from the Maryland Energy Administration, the Maryland Department of the Environment, and the Maryland Municipal League. Going forward, they will work with agencies and vendors to inventory each municipality’s energy usage and greenhouse gas emissions, develop recommendations for achieving energy savings and reducing greenhouse gas emissions, and build capacity for ongoing tracking and evaluation. A 15-member ShorePower Advisory Board, drawn largely from regional experts in environmental science and policy, will help oversee the project. The ShorePower Project was officially kicked off January 17 at an event at the Tidewater Inn in Easton. Speakers included partners from the project plus Abigail Hopper, Director of the Maryland Energy Administration (MEA), and Robert Summers, Secretary of the Maryland Department of the Environment.

John Seidel, Director of the Center for Environment & Society, explained how ShorePower fits perfectly into the Center’s mission. “We are not an advocacy group,” he said. “Our mission is to bring different parties together to deal with complicated environmental problems. We provide information and suggest solutions, but we know that any actions and decisions are up to the people in each community.”

MEA director Hopper updated the audience on the state’s goals and progress to date. “Local communities making big changes like the ones we expect to see from the ShorePower project can have a big impact,” she said. “My office looks forward to working with these four towns as they work to measure and change the way they consume energy and to incorporate more renewable sources.”

Secretary Summers used the event to outline the challenges that climate change and a growing appetite for cheap, clean energy are bringing to Maryland. He reviewed ways Governor Martin O’Malley’s administration, through its Greenhouse Gas Reduction Plan, aims to reduce greenhouse gas emissions 25 percent by 2020 (starting with 2006 levels). He also thanked the Town Creek Foundation for its support of ShorePower. “We would like to see this project spread not only up and down the Shore, but to the west as well,” he added.

For more information on the ShorePower Project, please contact Briggs Cunningham at 410.810.7174 or [email protected]. The Center for Environment & Society (CES) at Washington College was founded in 1999 to promote interdisciplinary learning, research and exemplary stewardship of natural and cultural resources. The Center’s educational resources include a Geographic Information Systems lab, a public archaeology lab, two research vessels, and the 5,000-acre Chester River Field Research Station.