Scientists discover that triggering superconductivity with a flash of light involves the same fundamental physics that are at work in the more stable states needed for devices, opening a new path toward producing room-temperature superconductivity. 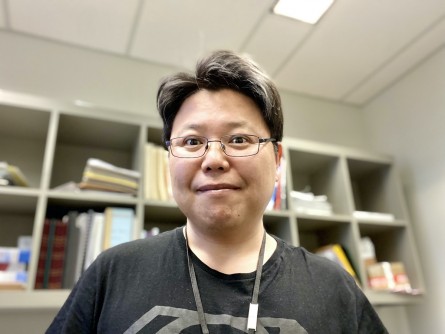 Newswise — Much like people can learn more about themselves by stepping outside of their comfort zones, researchers can learn more about a system by giving it a jolt that makes it a little unstable – scientists call this “out of equilibrium” – and watching what happens as it settles back down into a more stable state.

In the case of a superconducting material known as yttrium barium copper oxide, or YBCO, experiments have shown that under certain conditions, knocking it out of equilibrium with a laser pulse allows it to superconduct – conduct electrical current with no loss – at much closer to room temperature than researchers expected. This could be a big deal, given that scientists have been pursuing room-temperature superconductors for more than three decades.

But do observations of this unstable state have any bearing on how high-temperature superconductors would work in the real world, where applications like power lines, maglev trains, particle accelerators and medical equipment require them to be stable?

A study published in Science Advances today suggests that the answer is yes.

“People thought that even though this type of study was useful, it was not very promising for future applications,” said Jun-Sik Lee, a staff scientist at the Department of Energy’s SLAC National Accelerator Laboratory and leader of the international research team that carried out the study.

“But now we have shown that the fundamental physics of these unstable states are very similar to those of stable ones. So this opens up huge opportunities, including the possibility that other materials could also be nudged into a transient superconducting state with light. It’s an interesting state that we can’t see any other way.”

YBCO is a copper oxide compound, or cuprate, a member of a family of materials that was discovered in 1986 to conduct electricity with zero resistance at much higher temperatures than scientists had thought possible.

Like conventional superconductors, which had been discovered more than 70 years earlier, YBCO switches from a normal to a superconducting state when chilled below a certain transition temperature. At that point, electrons pair up and form a condensate – a sort of electron soup – that effortlessly conducts electricity. Scientists have a solid theory of how this happens in old-style superconductors, but there’s still no consensus about how it works in unconventional ones like YBCO.

One way to attack the problem is to study the normal state of YBCO, which is plenty weird in its own right. The normal state contains a number of complex, interwoven phases of matter, each with the potential to help or hinder the transition to superconductivity, that jostle for dominance and sometimes overlap. What’s more, in some of those phases electrons seem to recognize each other and act collectively, as if they were dragging each other around.

It’s a real tangle, and researchers hope that understanding it better will shed light on how and why these materials become superconducting at temperatures much higher than the theoretical limit predicted for conventional superconductors.

The switching is generally done by exposing the material to a magnetic field. This is the favored approach because it leaves the material in a stable configuration – the sort you would need to create a practical device.

Superconductivity can also be switched off with a pulse of light, Lee said. This creates a normal state that’s a little off balance – out of equilibrium – where interesting things can happen, from a scientific point of view. But the fact that it’s unstable has made scientists wary of assuming that anything they learn there can also be applied to stable materials like the ones needed for practical applications.

In this study, Lee and his collaborators compared the two switching approaches – magnetic fields and light pulses – by focusing on how they affect a peculiar phase of matter known as charge density waves, or CDWs, that appears in superconducting materials. CDWs are wavelike patterns of higher and lower electron density, but unlike ocean waves, they don’t move around.

Two-dimensional CDWs were discovered in 2012, and in 2015 Lee and his collaborators discovered a new 3D type of CDW. Both types are intimately intertwined with high-temperature superconductivity, and they can serve as markers of the transition point where superconductivity turns on or off.

To compare what CDWs look like in YBCO when its superconductivity is switched off with light versus magnetism, the research team did experiments at three X-ray light sources.

First they measured the properties of the undisturbed material, including its charge density waves, at SLAC’s Stanford Synchrotron Radiation Lightsource (SSRL).

Then samples of the material were exposed to high magnetic fields at the SACLA synchrotron facility in Japan and to laser light at the Pohang Accelerator Laboratory’s X-ray free-electron laser (PAL-XFEL) in Korea, so that changes in their CDWs could be measured.

“These experiments showed that exposing the samples to magnetism or light generated similar 3D patterns of CDWs,” said SLAC staff scientist and study co-author Sanghoon Song. Although how and why this happens is still not understood, he said, the results demonstrate that the states induced by either approach have the same fundamental physics. And they suggest that laser light might be a good way to create and explore transient states that could be stabilized for practical applications ­­– including, potentially, room-temperature superconductivity.