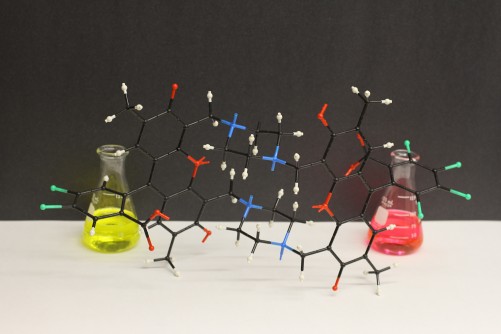 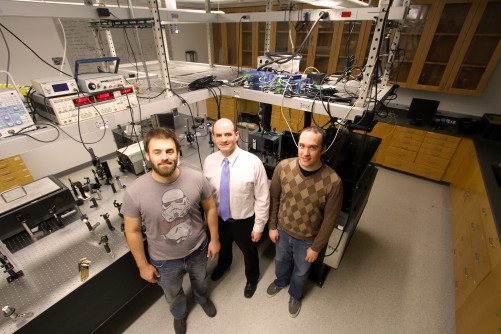 Newswise — University of Chicago researchers have created a synthetic compound that mimics the complex quantum dynamics observed in photosynthesis and may enable fundamentally new routes to creating solar-energy technologies. Engineering quantum effects into synthetic light-harvesting devices is not only possible, but also easier than anyone expected, the researchers report in the April 19 edition of Science.

The researchers have engineered small molecules that support long-lived quantum coherences. Coherences are the macroscopically observable behavior of quantum superpositions. Superpositions are a fundamental quantum mechanical concept, exemplified by the classic Schrodinger’s Cat thought experiment, in which a single quantum particle such as an electron occupies more than one state simultaneously.

Quantum effects are generally negligible in large, hot, disordered systems. Nevertheless, the recent ultrafast spectroscopy experiments in UChicago chemistry Prof. Greg Engel’s laboratory have shown that quantum superpositions may play a role in the near perfect quantum efficiency of photosynthetic light harvesting, even at physiological temperatures.

Photosynthetic antennae – the proteins that organize chlorophylls and other light-absorbing molecules in plants and bacteria – support superpositions that survive for anomalously long times. Many researchers have proposed that organisms have evolved a means of protecting these superpositions. The result: improved efficiency in transferring energy from absorbed sunlight to the parts of the cell that convert solar energy to chemical energy. The newly reported results demonstrate that this aspect of quantum mechanics can be engineered into man-made compounds.

The researchers modified fluorescein – the same molecule once used to dye the Chicago River green for St. Patrick’s Day – and then linked different pairs of these dyes together using a rigid bridging structure. The resulting molecules were able to recreate the important properties of chlorophyll molecules in photosynthetic systems that cause coherences to persist for tens of femtoseconds at room temperature.

“That may not sound like a very long time - a femtosecond is a millionth of a billionth of a second,” said study co-author Dugan Hayes, a UChicago graduate student in chemistry. “But the movement of excitations through these systems also occurs on this ultrafast timescale, meaning that these quantum superpositions can play an important role in energy transfer.”

To detect evidence of long-lived superpositions, the researchers created a movie of energy flow in the molecules using highly engineered laboratories and state-of-the-art femtosecond laser systems. Three precisely controlled laser pulses are directed into the sample, causing it to emit an optical signal that is captured and directed into a camera.

These movies show relaxation from high energy states toward lower energy states as time proceeds, as well as oscillating signals in very specific regions of the signal, or quantum beats. “Quantum beats are the signature of quantum coherence, arising from the interference between the different energetic states in the superposition, similar to the beating heard when two instruments that are slightly out of tune with each other try to play the same note,” Hayes explained.

Computer simulations have shown that quantum coherences work in photosynthetic antennae to prevent excitations from getting trapped on their way to the reaction center, where the conversion to chemical energy begins. In one interpretation, as the excitation moves through the antenna, it remains in a superposition of all possible paths at once, making it inevitable that it proceeds down the proper path. “Until these coherences were observed in synthetic systems, it remained dubious that such a complex phenomenon could be recreated outside of nature,” Hayes said. 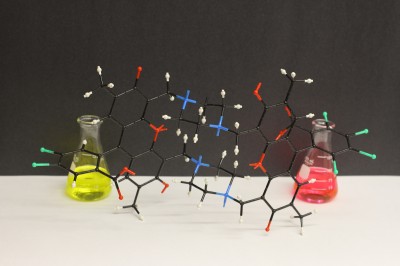 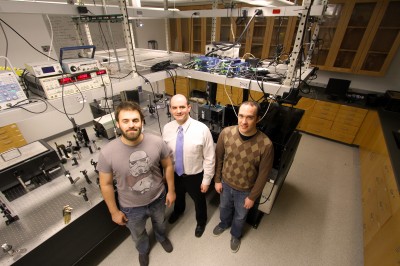