The Big Questions: Sally Dawson on the Higgs Boson 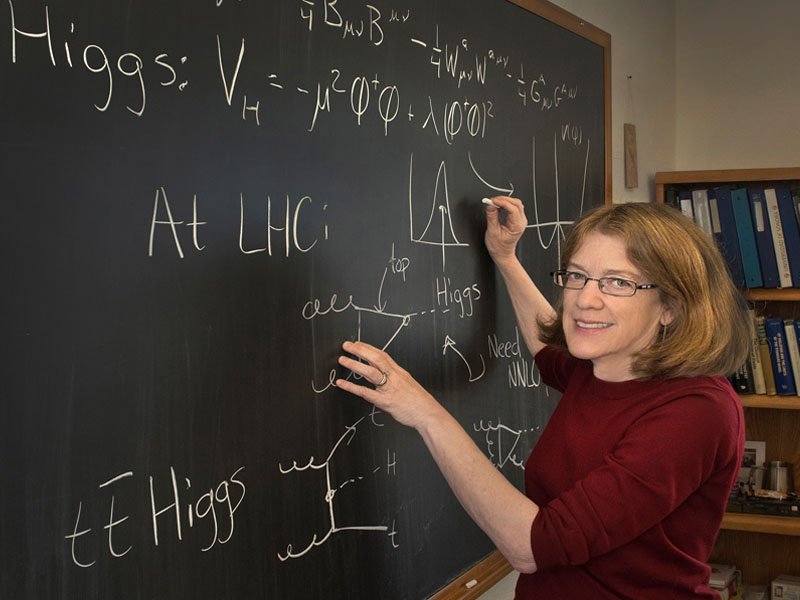 Newswise — What particle causes the universe’s fundamental particles to have mass?

That question drove the effort to discover the Higgs Boson, the focus of my work for the past 30 years.

The Standard Model is a physics theory that explains how all particles and fundamental forces except gravity interact.  In the 1970s, scientists realized that the accepted theories of the time predicted that elementary particles could not have mass. Except that they knew that wasn’t true; experiments had already shown that these particles did have mass. Something was missing.

Three physicists (Robert Brout, François Englert, and Peter Higgs) developed a mechanism that explained this apparent conflict. This mechanism was later an essential ingredient of what is now the Standard Model of particle physics. They proposed that the Standard Model was missing a field that would interact with elementary particles and that the interaction gives these particles mass. Weinberg, Salam, and Glashow later constructed a complete theory explaining the known interactions of particles, along with their masses. This theory contained an essential ingredient – the Higgs field. As a particle, the Higgs Boson is the part of the field that we can “see.”

But finding the Higgs Boson wasn’t going to be easy. These particles are extremely rare and take huge amounts of energy to produce in a machine. We needed to know where to look for them in the first place.

My past work focused on describing how physical processes interact in a way that could act as a map to find the Higgs. Starting at the Department of Energy’s Fermi National Accelerator Laboratory, then going on to DOE’s Lawrence Berkeley National Laboratory, and now at DOE’s Brookhaven National Laboratory, my work contributed to predictions that helped experimental scientists locate the Higgs.

Scientists at CERN’s Large Hadron Collider discovered the Higgs Boson in 2012. This finding was a huge step forward in particle physics. The Nobel Prize in Physics was subsequently awarded in 2013 to François Englert and Peter Higgs for originally developing the Higgs mechanism.

Now, we’re using the Higgs to search for new properties in nature. We know that despite finding the Higgs, much of the subatomic world is still unknown. Studying the Higgs will provide us with insights into these possible new interactions.

As the Large Hadron Collider collects more and more data, we need to develop new mathematical techniques and models to keep up with it. The computer algorithms that can make sense of this data will be increasingly complex.

To tackle these issues, particle physicists are continuing a tradition we started back in 1982. Every few years, we gather together to hash out the state of our field and discuss future directions. As we come up on another round of what we call the “Snowmass Process,” the particle physics community needs to develop new theoretical calculations to inform these discussions.

This one-million-dollar fellowship will allow me to build a team that can help tackle this challenge. Using this award, I will hire a number of post-doc researchers to confront the difficult theoretical issues connected with the physics of the Higgs Boson. It’s an exciting opportunity for me and for the theoretical particle physics team at Brookhaven.