PNNL researchers create rugged tracers for use in harsh environments 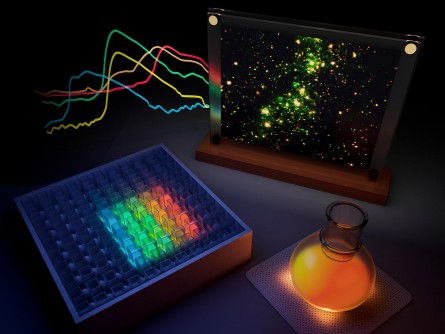 PNNL’s rugged tracer particles can be mass-manufactured with specific properties for tracking through harsh and extreme environments. 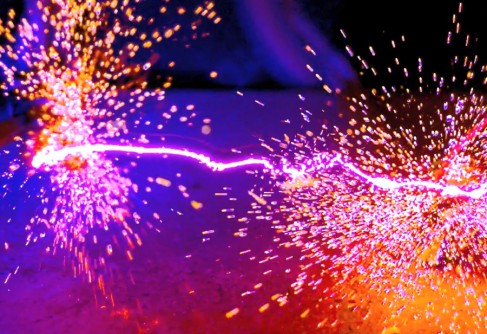 PNNL researchers created rugged tracers capable of withstanding explosions, such as this detonation of a stainless steel tube. 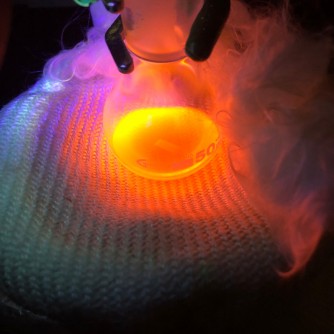 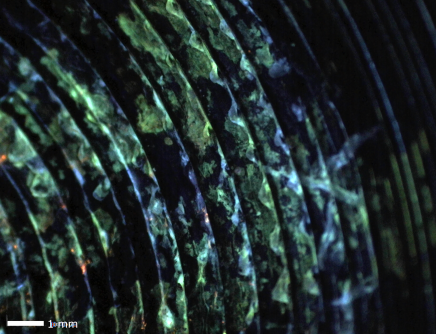 Luminescent debris deposited on a wall following an explosion.

Newswise — What happens in an explosion? Where do the products of that explosion go following the blast? These questions are often difficult to solve. New rugged tracer particles, developed by Pacific Northwest National Laboratory (PNNL) researchers, can provide some answers.

Beyond explosives, many industries may be interested in tracking particulates through harsh environments—which often include high pressures, high temperatures, and different chemicals.

“Lots of chemical tracers exist,” said Lance Hubbard, materials scientist supporting PNNL’s national security research. “The challenge is developing one that can survive harsh environments. It took a few years to convince anyone we could do it.”

Hubbard and his team, along with fellow PNNL researchers April Carman and Michael Foxe, created a tracer that could not only survive but thrive in extreme conditions. Their work was published in MRS Communications.

Organic materials, such as fluorescent dyes, are commonly used as tracers for water leaks and tracking cells in biological experiments. While they work great in those conditions, they aren’t so good for tracing material in explosions. Their problem?

“Finding a way to protect the tracer while still maintaining its luminescent intensity proved to be difficult,” said Carman.

The tracer’s brightness—or luminescent intensity—can be greatly affected by the local environment. Some protective methods can diminish the brightness, making the tracer more difficult to detect. The team focused on using hydrated silica—“basically water-soaked glass” as Hubbard puts it—to protect the quantum dots and maintain their brightness.

Though previous silica coating methods significantly decreased tracer luminescence, the coated tracers designed by the PNNL team were almost as bright as the original quantum dots. Further testing showed that the particles could survive for long periods of time through a range of pH conditions.

“We knew we created something special when we saw our results,” said Hubbard.

Special is one thing, but useable on the commercial scale is another. Lucky for the PNNL team, their synthesis method was designed from the get-go to be completely scalable to produce mass quantities—from kilograms to potential tons per day.

Not only can they make large amounts of the tracer, but they can customize them as well. “We can tune both the tracer’s size and color to any specificity,” said Foxe. “The tracer can be fine-tuned to create a mimic of the mass or material that is being tracked. We can also use a variety of sizes with different colors to visualize how an explosion affects particles of different sizes.”

The tracers are rugged enough to be deployed in harsh environments to track mass and improve scientists’ understanding of environmental fate and transport. They can function under conditions that are too severe for traditional tracers—like in oil and gas refineries or geothermal plants. With tunable parameters and an easy-to-use system, these tracers have many potential applications for tracking material fate and transport in harsh environments.

“We are glad we could keep pursuing this project despite initial skepticism,” said Carman. “We are also thrilled to see where it leads us next.”

Pacific Northwest National Laboratory draws on its distinguishing strengths in chemistry, Earth sciences, biology and data science to advance scientific knowledge and address challenges in sustainable energy and national security. Founded in 1965, PNNL is operated by Battelle for the Department of Energy’s Office of Science, which is the single largest supporter of basic research in the physical sciences in the United States. DOE’s Office of Science is working to address some of the most pressing challenges of our time. For more information, visit https://energy.gov/science. For more information on PNNL, visit PNNL's News Center. Follow us on Twitter, Facebook, LinkedIn and Instagram.