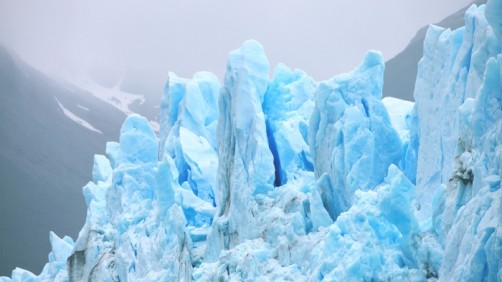 Photo by Rodrigo A. SEPÚLVEDA SCHULZ 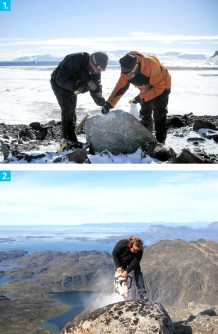 To predict Earth’s future, geologists use particle accelerators to understand its past.Kelen Tuttle

Newswise — Geologists once thought that, until about 18,000 years ago, a mammoth glacier covered the top two-thirds of Ireland. Recently, however, they found evidence that it wasn’t just the top two-thirds: The Irish glacier was much larger, completely engulfing the country and extending far offshore.

They learned this with the help of a particle accelerator.

Glaciers are always on the move, advancing or retreating as fast as 30 meters a day or as slow as half a meter a year. During the most recent ice age, huge glaciers spread over much of Earth’s northern climes, extending all the way from the northern tip of Greenland to Cape Cod and across to Chicago, which was buried under a kilometer of ice. It was the same in Europe, with parts of the British Isles, Germany, Poland and Russia all hidden beneath an enormous ice sheet.

“For the last 2.5 million years of Earth’s history, we’ve had this pattern of alternating ice ages and interglacials,” says Fred Phillips, a professor in New Mexico Tech’s Department of Earth and Environmental Science who, among other things, is an expert at dating the movements of glaciers.

“Trying to understand these cycles—to understand geographical distribution of climate fluctuations and trying to pin down the chronology—has preoccupied scientists for 200 years now.”

Over the past 30 years, scientists have begun to use particle accelerators to help them track how these glaciers move.

The process begins with a globetrotting geologist and some huge rocks. As a glacier recedes, it will sometimes pluck a boulder from its depths and push it into daylight. While trapped beneath the ice, the boulder is shielded from the barrage of cosmic rays that continuously assaults Earth’s surface. But as soon as the boulder is exposed, cosmic rays begin to interact with the atoms inside the rock, rapidly producing rare isotopes called cosmogenic nuclides, such as helium-3, neon-21 or beryllium-10.

To determine just how long ago the boulder was forced to the surface, geologists like Phillips use a hammer and chisel—or, sometimes, rock saws and small explosive devices—to remove a chunk of rock about the size of a grapefruit. They bring that sample back to the lab, grind it up and extract one specific mineral, such as quartz, that produces cosmogenic nuclides at a known rate.

1. Geologists in Antarctica use a hammer and chisel to sample the upper few centimeters of a boulder for cosmogenic nuclide dating.

After isolating one particular nuclide from that mineral, they send a beam of cesium ions at the sample. That adds an extra electron to atoms within the sample, forming negative elemental or molecular ions. These ions are sent into an accelerator beam and smashed through a thin foil or gas, which strips them of electrons and destroys any remaining molecules. Finally, the ions are sent into a detector that counts the ratio of unstable to stable atoms, revealing the amount of cosmogenic nuclides. The more cosmogenic nuclides in the sample, the more time has elapsed since the glacier ejected the boulder.

The original idea for this type of geological dating came from none other than Raymond Davis Jr., the Brookhaven National Laboratory nuclear chemist who won a Nobel Prize for detecting neutrinos streaming from the sun. Davis came up with the idea working in collaboration with Oliver Schaeffer, an expert in the environmental production of background radioactivity.

Although the duo correctly set forth the basic experimental concept for using cosmogenic nuclides to date rock samples in the mid-1950s, it took nearly 30 years for detector technologies to catch up with their ideas. Once possible, the technique took off. “Since the mid-1980s, there have been thousands of scientific papers published on glacial chronologies and other geological dating using this method,” Phillips says.

Today, Phillips says, significant effort is being made to understand the rise and fall of the West Antarctic Ice Sheet.

“This is important because it looks like now this ice sheet is in a state of slow collapse, which could raise sea level by about 5 meters,” he says. “Understanding what controls the extent of that ice is critically important.” 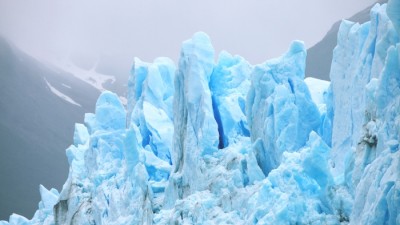 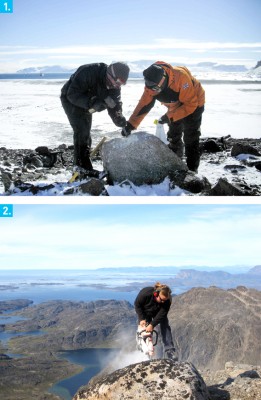