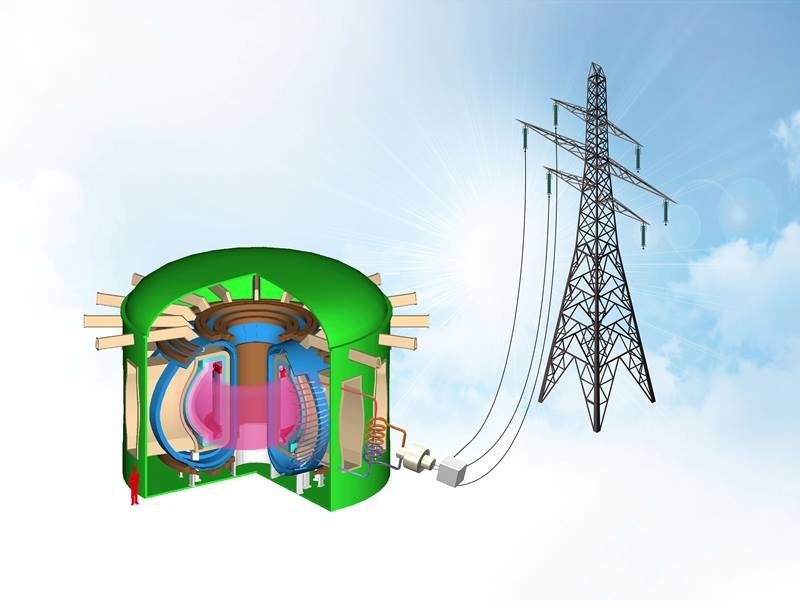 The Compact Advanced Tokamak (CAT) is a potentially economical solution for fusion energy production that takes advantage of advances in simulation and technology.

Fusion power plants use magnetic fields to hold a ball of current-carrying gas (called a plasma). This creates a miniature sun that generates energy through nuclear fusion. The Compact Advanced Tokamak (CAT) concept uses state-of-the-art physics models to potentially improve fusion energy production. The models show that by carefully shaping the plasma and the distribution of current in the plasma, fusion plant operators can suppress turbulent eddies in the plasma. These eddies can cause heat loss. This will enable operators to achieve higher pressures and fusion power with lower current. This advance could help achieve a state where the plasma sustains itself and drives most of its own current.

In this approach to tokomak reactors, the improved performance at reduced plasma current reduces stress and heat loads. This alleviates some of the engineering and materials challenges facing fusion plant designers. Higher pressure also increases an effect where the motion of particles in the plasma naturally generates the current required. This greatly reduces the need for expensive current drive systems that sap a fusion plant’s potential electric power output. It also enables a stationary “always-on” configuration. This approach leads to plants that suffer less stress during operation than typical pulsed approaches to fusion power, enabling smaller, less expensive power plants.

Over the past year, the Department of Energy’s (DOE) Fusion Energy Sciences Advisory Committee and the National Academies of Sciences, Engineering, and Medicine have released roadmaps calling for the aggressive development of fusion energy in the United States. Researchers believe that achieving that goal requires development of more efficient and economical approaches to creating fusion energy than currently exist. The approach used to create the CAT concept developed novel reactor simulations that leverage the latest physics understanding of plasma to improve performance. Researchers combined state-of-the-art theory validated at the DIII-D National Fusion Facility with leading-edge computing using the Cori supercomputer at the National Energy Research Scientific Computing Center. These simulations identified a path to a concept enabling a higher-performance, largely self-sustaining configuration that holds energy more efficiently than typical pulsed configurations, allowing it to be built at reduced scale and cost.

This work was supported by the Department of Energy Office of Science, Office of Fusion Energy Sciences, based on the DIII-D National Fusion Facility, a DOE Office of Science user facility, and the AToM Scientific Discovery through Advanced Computing project.