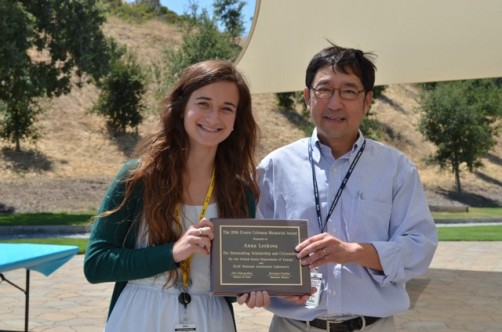 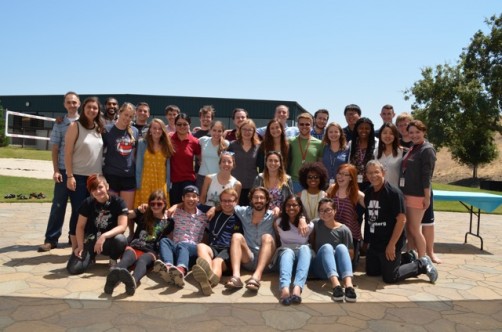 SLAC interns celebrate their summer of research at the awards luncheon.

Newswise — Thirty undergraduate students from around the country conducted hands-on research at SLAC this summer through the Department of Energy’s Science Undergraduate Laboratory Internship (SULI) program.

Thirty undergraduate students from around the country conducted hands-on research at SLAC this summer through the Department of Energy’s Science Undergraduate Laboratory Internship (SULI) program.

Chosen from more than 110 applicants, this year’s SULI interns worked on projects with a SLAC scientist or engineer mentor, wrote reports and made short presentations to their peers and mentors. They also participated in scientific lectures, professional development workshops and tours.

Many interns said their SULI experiences gave them much more than technical expertise.

“This summer has been a huge confidence boost for me,” said Verity Nezkrotny, a math/physics double major at Portland State University.

In her project for mentor Gabriella Carini, leader of the detectors department at SLAC's X-ray laser, the Linac Coherent Light Source (LCLS), Nezkrotny developed an optical testing environment for the next generation of LCLS that will use advanced fast-readout detectors. LCLS is a DOE Office of Science User Facility.

But deep down, she was really interested in more fundamental questions, like quantum gravity and dark energy.

After hearing him talk at a SULI lecture, Nezkrotny started exploring those topics with Mandeep Gill, who investigates dark energy at the Kavli Institute for Particle Astrophysics and Cosmology.

“I always got the feeling it was weird to be so passionate about fundamental physics,” she said. “Now I know that what I’m interested in is not on the fringe of science; rather, it’s at the forefront.”

Mentors are essential to the success of SULI. Being a mentor can provide rewarding and valuable interactions for SLAC researchers.

“The ethos of being a mentor is to teach,” said Riti Sarangi, a staff scientist in SLAC’s Structural Molecular Biology program who has mentored six SULI interns over the past five years. “Being a SULI mentor is an opportunity to teach what’s happening at the cutting edge of science.”

In the spring, SLAC’s mentors review the skills and interests that intern candidates list on their applications and then determine useful projects the students could accomplish during their nine summer weeks at SLAC. Sarangi’s projects often involve reducing and analyzing data from spectroscopy experiments at SLAC’s Stanford Synchrotron Radiation Lightsource, also a DOE Office of Science User Facility.

During their summer at SLAC, many interns show initiative that advances a lab’s research beyond expectations.

“One of my SULI interns found a needed reference in a online database at another synchrotron, which led to a publication,” Sarangi said. “Another even established a separate collaboration with an Italian colleague he met here. They published their results just last month.”

The SULI experience can be a springboard for the students’ professional success.

“Three of my interns are pursuing or have received PhDs, and another is in medical school,” Sarangi said. “One later won a national research award.”

At the close of the program, SLAC hosted an awards luncheon for interns from SULI and three other summer programs: the Community College Internship, Cal Poly's STEM Teacher and Researcher, and Stanford's Raising Interest in Science and Engineering.

At the event, Anna Leskova was awarded the annual Ernest Coleman Award, given since 1995 to the SULI participant nominated by fellow interns who demonstrates exemplary scholarship and citizenship. According to her peer assessment, the rising junior and math major at University of California, Berkeley “demonstrated knowledge in her field and other areas of STEM. She made everybody feel included, was interested in everyone’s work and was an outspoken champion and defender of all underrepresented minorities.”

In her project for mentor Juhao Wu, an Accelerator Directorate staff scientist, Leskova used a type of artificial intelligence to rapidly predict ways to increase the laser power of SLAC's future X-ray laser.

New this year, the interns used any leftover Stanford/SLAC dining-card funds to purchase food that internship coordinator Enrique Cuellar donated on the students’ behalf to the Food Closet at All Saints' Episcopal Church in Palo Alto, which serves meals to more than 200 needy people every week.

SULI’s roots go back to 1969, when Alonzo Ashley, SLAC’s pioneering minority employment and training representative, created a Summer Youth Opportunity Program for five high-school-aged students. The next year Ashley recruited 18 minority college undergrads for the lab’s first Summer Science Program (SSP). Ernest Coleman expanded the program further and directed it from 1971-84. In 1999, the Department of Energy extended it to other DOE labs under the SULI name. Today it’s sponsored by the DOE Office of Science's Office of Workforce Development for Teachers and Scientists, and 17 DOE labs participate in fall, spring and/or summer SULI sessions.

Applications for SULI’s summer 2017 internships will be available in October on the DOE’s website: http://science.energy.gov/wdts/suli/. 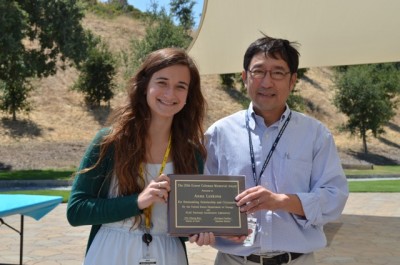 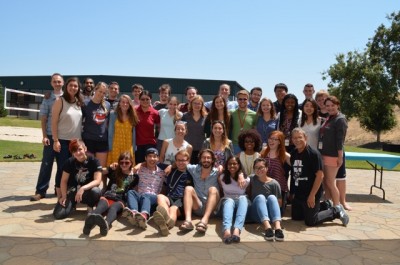 Caption: SLAC interns celebrate their summer of research at the awards luncheon.