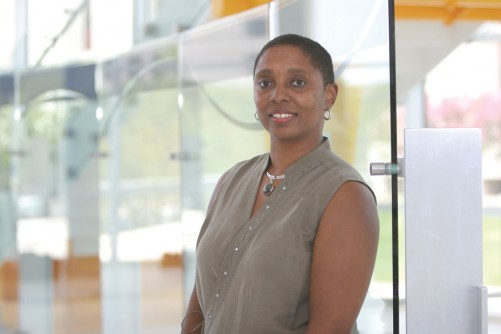 Valerie Taylor will be the next division director for Argonne’s Mathematics and Computer Science.

Newswise — Computer scientist Valerie Taylor has been appointed as the next director of the Mathematics and Computer Science (MCS) division at the U.S. Department of Energy’s (DOE) Argonne National Laboratory, effective July 3, 2017.

“Valerie brings with her a wealth of leadership experience, computer science knowledge and future vision,” said Rick Stevens, Argonne Associate Laboratory Director for Computing, Environment and Life Sciences. “We feel strongly that her enthusiasm and drive will serve her well in her new role, and are pleased to have her joining our staff.”

Taylor has received numerous awards for distinguished research and leadership and authored or co-authored more than 100 papers in the area of high performance computing, with a focus on performance analysis and modeling of parallel scientific applications. She is a fellow of the Institute of Electrical and Electronics Engineers and Association for Computing Machinery. Taylor most recently served as the senior associate dean of academic affairs in the College of Engineering and a Regents Professor and the Royce E. Wisenbaker Professor in the Department of Computer Science and Engineering at Texas A&M University.

In 2003, she joined Texas A&M as the head of Computer Science and Engineering, which she led until 2011. Under her leadership, the department saw unprecedented growth in faculty and research expenditures. Taylor started the Industries Affiliates Program, which continues to be a signature way to engage industry partners. Prior to joining Texas A&M, Taylor was a professor in the Electrical Engineering and Computer Science Department at Northwestern University for 11 years. While at Northwestern, she held a guest appointment with Argonne’s MCS Division. Taylor also serves as the Executive Director of the Center for Minorities and People with Disabilities in IT.