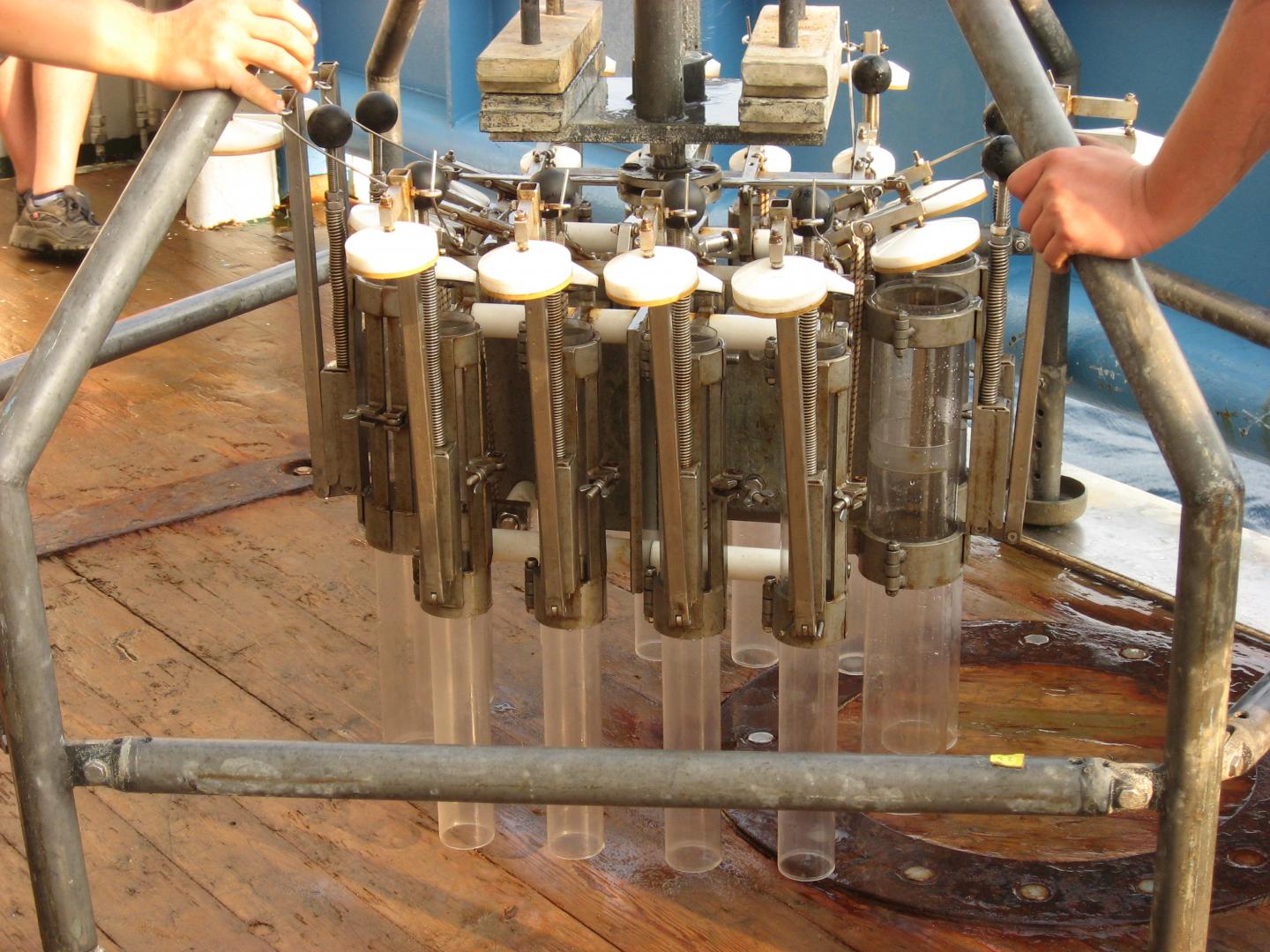 Caption: This is a multicorer used to take sediment samples from the seafloor.

Could dark carbon be hiding the true scale of ocean 'dead zones'?

Dead zones within the world's oceans - where there is almost no oxygen to sustain life - could be expanding far quicker than currently thought, a new study suggests. The regions are created when large amounts of organic material produced by algae sinks towards the seafloor, using up the oxygen present in the deep water. Computer models can predict the spread of these zones, with the aim being to provide an insight into the impact they might have on the wider marine environment. However, a stu...