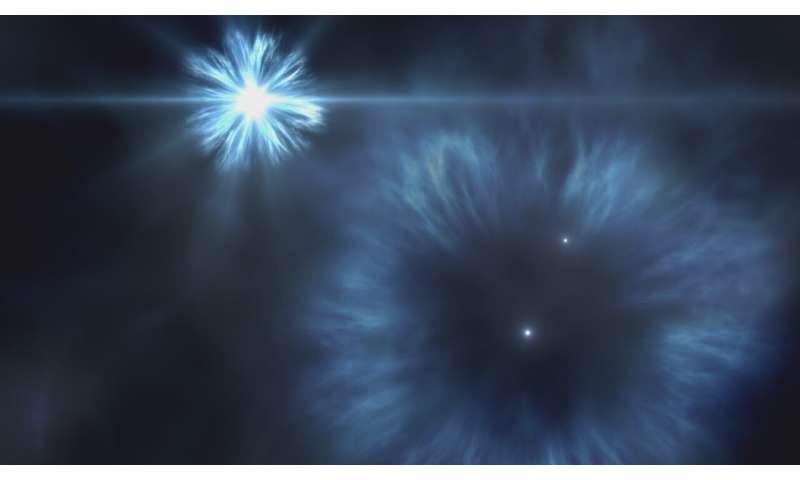 Caption: Artistic image of the supernova explosions of the first massive stars that formed in the milky way. The star j0815+4729 was formed from the material ejected by these first supernovae.

An international team of astronomers from the University of California San Diego, the Instituto de Astrofísica de Canarias (IAC) and the University of Cambridge have detected large amounts of oxygen in the atmosphere of one of the oldest and most elementally depleted stars known—a primitive star scientists call “J0815+4729.” This new finding, reported in The Astrophysical Journal Letters, provides an important clue about how oxygen and other important elements were produ...