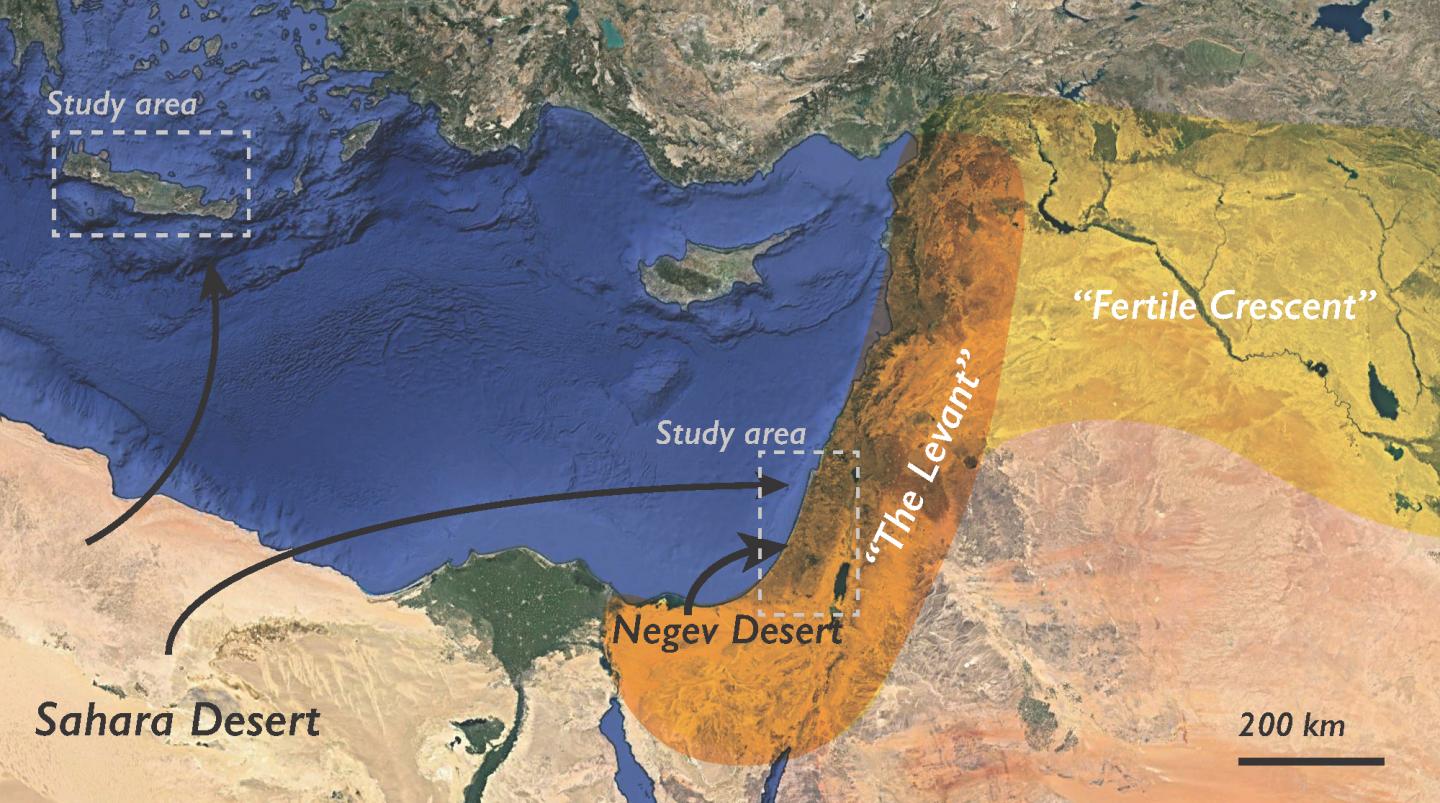 Caption: Map shows the Levant region (shaded in orange), which is the western part of the overall Fertile Crescent region (shaded in yellow); the study areas in Israel and Crete are in dashed gray boxes. Arrows from the Sahara and Negev Deserts show dust transport patterns, and their thicknesses indicate relative grain sizes being transported. Fine-grained dust is transported by wind from the Sahara to the Levant, and coarser dust (loess) is transported the shorter distance from the Negev Desert to the Galilean Mountains in Israel.

Boulder, Colo., USA: When early humans began to travel out of Africa and spread into Eurasia over a hundred thousand years ago, a fertile region around the eastern Mediterranean Sea called the Levant served as a critical gateway between northern Africa and Eurasia. A new study, published in Geology, shows that the existence of that oasis depended almost entirely on something we almost never think about: dust. Dr. Rivka Amit, at the Geological Survey of Israel, and her team initially set ou...