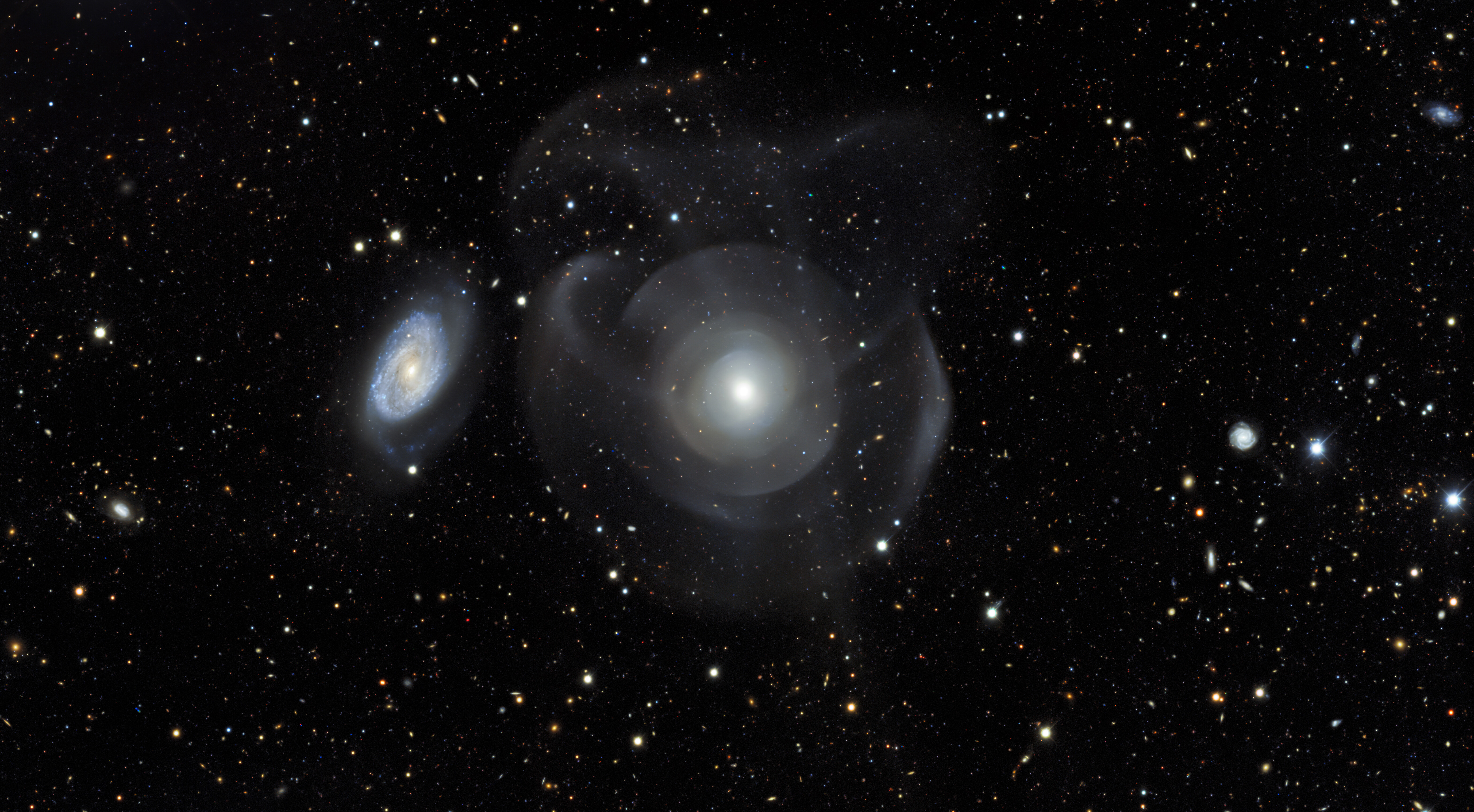 Caption: Elliptical galaxy NGC 474 — excerpt from the Dark Energy Survey. Elliptical galaxies are generally characterized by their relatively smooth appearance when compared with spiral galaxies (one of which is to the left) which have more flocculent structure interwoven with dust lanes and spiral arms. NGC 474 is at a distance of about 100 million light-years in the constellation of Pisces. This image shows unusual structures around NGC 474 characterized as tidal tails and shell-like structures made up of hundreds of millions of stars. These features are due to recent mergers (within the last billion years) or close interactions with smaller infalling dwarf galaxies This image is an excerpt from the Dark Energy Survey which has released a massive, public collection of astronomical data and calibrated images from six years of work. The Dark Energy Survey is a global collaboration that includes Fermi National Accelerator Laboratory (Fermilab), National Center for Supercomputing Applications (NCSA), and NSF’s NOIRLab. The image was taken with the Dark Energy Camera on the Víctor M. Blanco 4-meter Telescope. The quality of the survey can be appreciated by diving into the zoomable version of this wider excerpt showing a background tapestry of thousands of distant galaxies.

DR2 is the second release of images and object catalogs from the Dark Energy Survey (DES). It is the culmination of over half a decade of astronomical data collection and analysis, with the ultimate goal of understanding the accelerating expansion rate of the Universe and the phenomenon of dark energy that is thought to be responsible for the expansion. The Dark Energy Survey is a global collaboration that includes Fermi National Accelerator Laboratory (Fermilab), National Center for S...