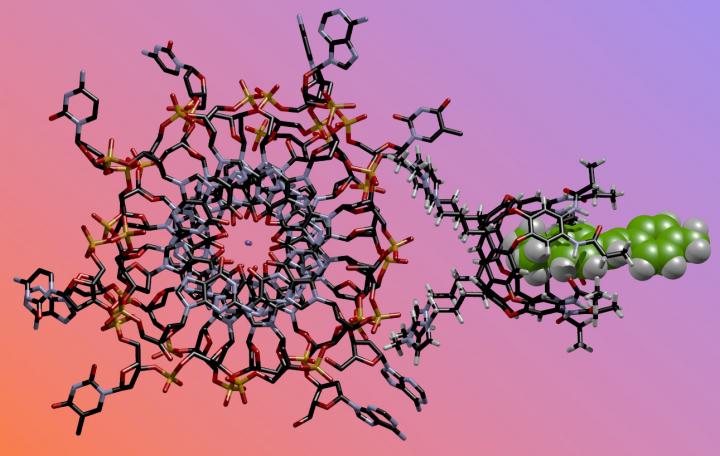 Caption: Illustration of the chemical "nose" sensing a G-quadruplex structure.

Small changes in the structure of DNA have been implicated in breast cancer and other diseases, but they've been extremely difficult to detect -- until now. Using what they describe as a "chemical nose," UC Riverside chemists are able to "smell" when bits of DNA are folded in unusual ways. Their work designing and demonstrating this system has been published in the journal Nature Chemistry. "If a DNA sequence is folded, it could prevent the transcription of a gene linked to that particula...