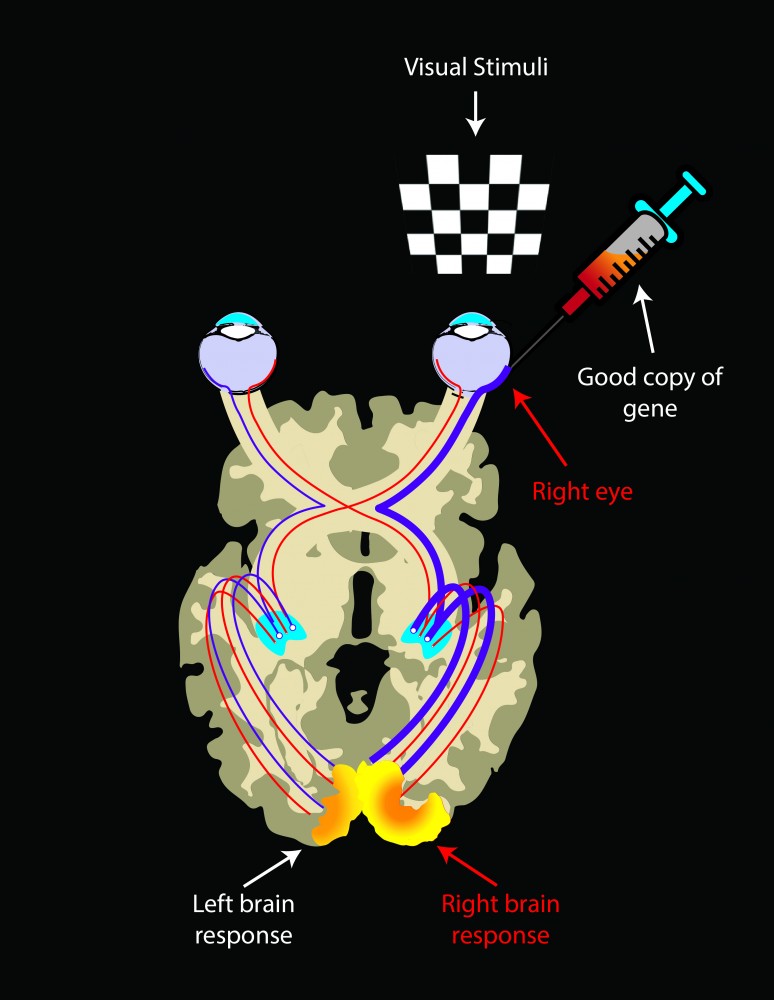 Caption: Being a bilateral disease, visual pathways in LCA2 patients on both sides are atrophied due to lack of visual inputs. After reinstating vision by injection of good copies of the gene, visual pathways from the injected area to the brain strengthen over time. Hence there is an asymmetrical brain response showing much larger activations in the retina-brain pathway from the injected eye when each eye is exposed to visual stimuli.

PHILADELPHIA - Since 2007, clinical trials using gene therapy have resulted in often-dramatic sight restoration for dozens of children and adults who were otherwise doomed to blindness. Now, researchers from the Perelman School of Medicine at the University of Pennsylvania and The Children’s Hospital of Philadelphia (CHOP), have found evidence that this sight restoration leads to strengthening of visual pathways in the brain, published this week in Science Translational Medicine. “The pat...