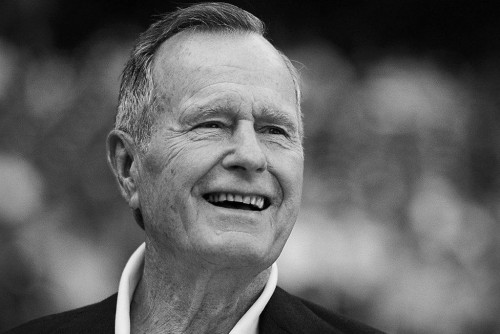 Newswise — The 89th Airlift Wing, based at Joint Base Andrews, Maryland, will conduct a tribute flight in honor of former President George H.W. Bush with an Air Force VC-25A over the interment site at the George H.W. Bush Presidential Library Center on the campus of Texas A&M University today at about 3:55 p.m. CST.

Texas A&M students, faculty and staff, and members of the public who are interested in watching the flyover are encouraged to view it from the Reed Arena parking lot on the Texas A&M campus.

University officials said the event is an opportunity to be present close to where the flyover will be in order to wave in a show of love and support for President Bush and his family.

The Reed Arena lot will be open for parking to all who would like to attend.

The flyover may not be viewed from the grounds of the George H.W. Bush Presidential Library Complex as it has been closed in preparation for the former president’s interment ceremony on Thursday, Dec. 6.