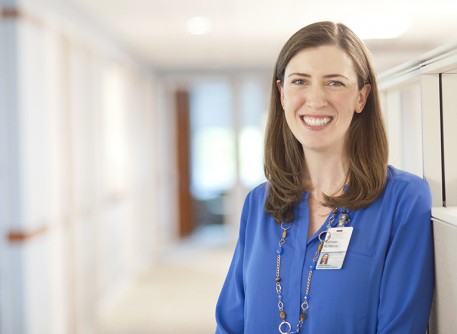 Researcher Kathleen A. McManus and her colleagues found gaps in HIV care providers' knowledge of the ACA.

Newswise — A new study has revealed surprising gaps in some HIV medical providers’ knowledge of the Affordable Care Act, with more than a quarter of providers surveyed unable to say whether their state had expanded Medicaid.

The national survey also sought to better understand the healthcare providers’ views on the effects of the ACA, also known as Obamacare. Providers in states that expanded Medicaid were more likely to believe that the law would improve HIV outcomes, the study found. However, providers in all states agreed that the law would improve healthcare outcomes in general for their HIV patients.

“These findings demonstrate gaps in HIV medical providers’ knowledge about ACA-related changes to HIV healthcare delivery. Importantly, obtaining ACA-related information from clinic case managers was associated with correct ACA knowledge, and as a clinic-based resource, these colleagues should be engaged by HIV medical providers to improve knowledge of health system shifts,” said researcher Kathleen A. McManus, MD, of the University of Virginia School of Medicine. “Additionally, this work highlights that HIV medical providers may need specific education on systems-based practice, possibly either through the AIDS Education and Training Center Program’s National HIV Curriculum or through a Ryan White HIV/AIDS Program-sponsored training module.”

A total of 253 HIV care providers across the nation, including doctors, physician assistants and nurse practitioners, answered the anonymous survey, which included four questions designed to test their knowledge of the ACA. Among the respondents, 61 percent answered all four questions correctly. Approximately a third answered “I don’t know” to at least one question.

The breakdown by question:

The providers’ primary source of information was not found to be associated with the likelihood of getting all four questions correct.

Views on the Affordable Care Act

There was no statistical difference between the groups’ responses to two additional statements: “The ACA will improve the United States’ health outcomes” and “The Affordable Care Act will improve my HIV patients’ non-HIV outcomes.” The mean response was 4.0 to the former and 3.9 for the latter.

The researchers have published their findings in the scientific journal Clinical Infectious Diseases. The paper was authored by McManus, Kelsey McManus of Ireland’s Royal College of Surgeons and UVA’s Rebecca Dillingham. Both Kathleen McManus and Dillingham are with UVA’s Division of Infectious Diseases and International Health, and Kathleen McManus is an affiliate of UVA’s Center for Health Policy.

The work was supported by the Agency for Healthcare Research and Quality and UVA’s Translational Research Institute of Virginia.

To keep up with the latest medical research news from UVA, subscribe to the Making of Medicine blog at makingofmedicine.virginia.edu.