Americans More Politically Polarized Than Ever; Independents at an All Time High 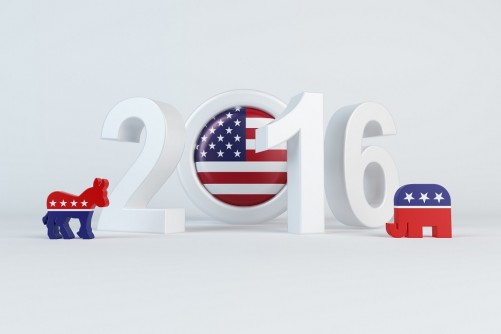 An unexpected finding from this study also reveals that Millennials (those born from 1980 to 1994) identify as more conservative than either GenX’ers or Boomers did as high school seniors, and fewer are Democrats compared to Boomers. At the same time, Millennials are more politically polarized than Boomers and GenX’ers. The study also confirmed the long-standing notion that people become more conservative and more politically polarized as they age.

Newswise — Results of a study using nationally representative surveys of 10 million U.S. residents from 1970 to 2015 by researchers from Florida Atlantic University and San Diego State University show that Americans are not only more politically polarized than ever but that more people are identifying as independent. In 1989, about 30 percent of adults identified as independents. In 2014, that number is up to 46 percent, which is at an all-time high. More people also are identifying as “strongly Democratic” or “strongly Republican,” with a lot fewer moderates, and Millennials are leading this trend. Older Millennials are the most extreme, with nearly 30 percent marking themselves as having extreme affiliations with either party.

An unexpected finding from this study, just published in the journal Personality and Social Psychology Bulletin, also reveals that Millennials (those born from 1980 to 1994) identify as more conservative than either GenX’ers or Boomers did as high school seniors, and fewer are Democrats compared to Boomers. At the same time, Millennials are more politically polarized than Boomers and GenX’ers. The study also confirmed the long-standing notion that people become more conservative and more politically polarized as they age.

“If Millennials become more Republican and conservative as they age, as previous generations have done, they will not be the highly Democratic and liberal generation that many have anticipated. In fact, they are on track to become an extremely polarized generation,” said Ryne Sherman, Ph.D., co-author of the study and associate professor of psychology in FAU’s Charles E. Schmidt College of Science.

“Although the differences might seem small, when you’re talking about it on the scale of 240 million adults it’s huge – you’re talking about millions of people,” said Sherman. “The outcome of an election is often decided by very small percentages, and small shifts in a state like Florida can have tremendous impacts on the Electoral College.”

Results of the study also show that over the entire time period, Americans in the 1970s favored Democrats the most of any era, followed by the early Obama years in the late 2000s. Conversely, the Reagan era of the 1980s saw the largest percentage of Republicans. Comparing generation groups, 52 percent of Millennials are Democrats, compared to 64 percent of Boomers and 49 percent of GenX’ers. Therefore, Millennials were less likely to be Democrats than Boomers, but more likely than GenX’ers.

“Our data seems to be quite consistent with what we are seeing on the national stage,” said Sherman. “Americans are abandoning moderation and now view themselves at political extremes, while at the same time more are disassociating from the two major political parties and are striking out as Independents. This rise of independence is creating third parties that may not win, but it could certainly put a kink in this upcoming presidential election.” The objective of the study conducted by Sherman and co-authors Jean M. Twenge, Ph.D., Nathan Honeycutt, and Radmila Prislin, San Diego State University, was to provide a comprehensive overview of age, time period, and generational (cohort) differences in political party affiliation (Democrat, Republican, Independent) and ideological self-categorization (liberal, conservative, moderate) and the relationship between the two. For the study, they used three large, nationally representative surveys conducted over several decades (Monitoring the Future, American Freshman, and the General Social Survey).

“While our data can’t speak to the possible reasons this is happening, we speculate that the increase in the percentage of Independents could reflect a growing dissatisfaction with the entrenchment of the two major U.S. parties,” said Sherman.