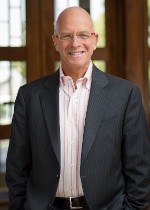 Amos N. Guiora is an Israeli-American professor of law at the S.J. Quinney College of Law, University of Utah, and an expert on drone attacks.

Guiora teaches Criminal Law, Global Perspectives on Counter-terrorism, Religion and Terrorism, and National Security Law. He is a widely cited expert on Legal Aspects of Counterterrorism, Terror Financing, International Law, and Morality in Armed Conflict. Guiora was formerly a professor of law and director of the Institute for Global Security at Case Western Reserve School of Law. He served in the Israel Defense Forces Judge Advocate General's Corps (Lt. Col. Ret.).He was Commander of the IDF School of Military Law, Judge Advocate for the Navy and Home Front Command, and the Legal Advisor to the Gaza Strip. Guiora was involved in the capture of the Karine A, a PLO weapons ship.

In the wake of Israeli Prime Minister Benjamin Netanyahu’s message to U.S. lawmakers that an emerging U.S. agreement with Iran would backfire and ensure that the Islamic Republic gains a nuclear arsenal, Guiora is available for commentary on the aftermath of the speech.

Guiora will also be in Israel for elections on March 17 and can speak to the elections impact on the region and American foreign policy.

He is available for interviews at any time of day through the following channels:Phone: 216-470-6386Skype: AmosGuioraEmail: [email protected]