An Expensive Lesson in Economics: Trump and the WTO

24-Sep-2018 9:45 AM EDT, by University of Virginia Darden School of Business
favorite_border 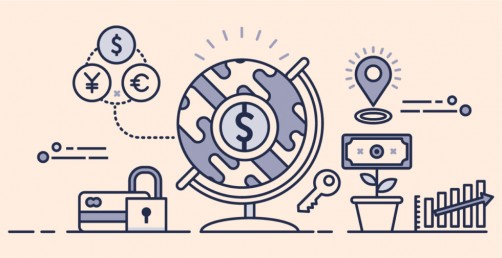 President Donald Trump has taken the United States out of the Trans-Pacific Partnership (TPP), imposed tariffs on European, Canadian and Mexican steel and aluminum, and levied a first batch of tariffs on Chinese imports — announcing this week the plan to tariff an additional $200 billion of Chinese goods. Trump has also suggested leaving the World Trade Organization (WTO) that is, with the International Monetary Fund and the World Bank, a cornerstone of the liberal economic world order the United States has promoted since 1945.

Trump’s skepticism of the WTO reflects his distaste for multilateralism, which was on display at this summer’s NATO and G-7 summits. This skepticism is consistent with his rejection of the Paris Climate Accord, his desire to withdraw from the North American Free Trade Agreement (NAFTA), and his pro-Brexit and anti-European Union stance.

While Trump’s preference for bilateral over multilateral agreements is readily understood, I am concerned the United States and the world are in for an expensive lesson in economics. Bilateral agreements are less cumbersome, and stronger parties tend to set the terms in them. Since Trump is convinced the United States is taken advantage of, he wants to use the leverage of his large country to improve its terms of trade. Donald Trump, however, does not realize that bilateral actions are ineffective in a multilateral world.

Consider U.S. tariffs on China. International trade theory teaches that only favorable circumstances can make a large country like the United States better off with tariffs. Tariffs will increase domestic prices and reduce Chinese imports. Because of its size, reduced U.S. demand for Chinese goods lowers the (before-tariff) price of Chinese goods on world markets. The United States can only be better off when world prices decrease significantly and when tariff revenue collected at the border offset what the United States loses as its consumers pay higher prices and as less competitive U.S. firms supply more. In addition, any U.S. gains from Chinese import tariffs would come at the expense of China, whose export volume and (before tariffs) price drop.

First, in a multilateral world, once a tariff is levied on China, other countries may well replace its imports — and charge a higher price without being subject to a tariff that generates revenue for the United States. Also, multinationals can reroute and relabel Chinese parts through their global supply chains.

Second, the United States is not the only large country with leverage. China has an incentive to retaliate. Chinese tariffs will bring about U.S. export losses that offset potential U.S. gains from tariffs on Chinese imports.

Third, multinationals may circumvent U.S. tariffs on Chinese goods by producing more in affiliates in the United States or elsewhere.

What does this imply for the WTO? After the tariff wars of the 1930s deepened the depression, the General Agreement on Tariffs of Trade (GATT), the WTO’s predecessor, came into being. GATT and WTO are multilateral organizations whose members voluntarily agree on rules that govern international trade. Those rules limit discrimination and promote reciprocity. They neutralize the incentives for unilateral actions that trigger retaliation. In addition, they preserve the gains associated with a more efficient allocation of production under free trade, and minimize business uncertainty.

Under the GATT/WTO, tariffs have reached an all-time low. While Trump’s rhetoric is extreme, protectionism is not unprecedented in GATT/WTO history. With U.S. trade currently only 10 percent of world trade, Trump cannot undo the worldwide move toward freer trade. However, his tit-for-tat tariffs that can develop into a full-fledged trade war will impose costs on consumers and businesses in the United States and the world by protecting less competitive companies and introducing uncertainty.

A large country such as the United States has leverage on the world stage. It should use this leverage wisely within the WTO’s multilateral framework that, while slow and tedious (requiring more than 140 characters), has a proven track record.