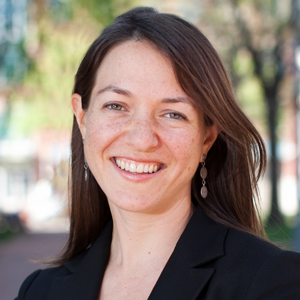 An immigration and refugee law expert who has worked with Iraqi refugees is available to speak about President Trump’s revised travel ban.

Shana Tabak, who terms the revision as “Muslim Ban 2.0,” is a visiting assistant professor of global studies at Georgia State University’s Global Studies Institute in Atlanta, a metro area with a large immigrant and refugee population.

Tabak is available at [email protected], and her bio is at http://gsi.gsu.edu/profile/shana-tabak-3/. Her expertise includes immigration law, asylum and refugee law, and international human rights.

The new order is expected to replace an earlier version that was blocked by federal judges, excluding Iraq from the list of other Muslim-majority nations whose citizens are prevented from entering the United States.

Those countries include Somalia, Sudan, Syria, Iran, Libya and Yemen.

Tabak has worked on behalf of Iraqi refugees in conjunction with the U.N. High Commissioner for Refugees in Amman, Jordan.

She has also with several human and immigrant rights organizations in the U.S., Latin America, and in the Middle East. With the Tahirih Justice Center in Washington, D.C., she has handled cases on behalf of immigrant women and girls fleeing gender-based violence.

Tabak has also served as an expert witness in U.S. immigration court in cases involving migrants who are lesbian, gay, bisexual, transgender or Intersex (LGBTI).

For experts in other subjects, visit the Georgia State University News Hub at http://news.gsu.edu/experts.